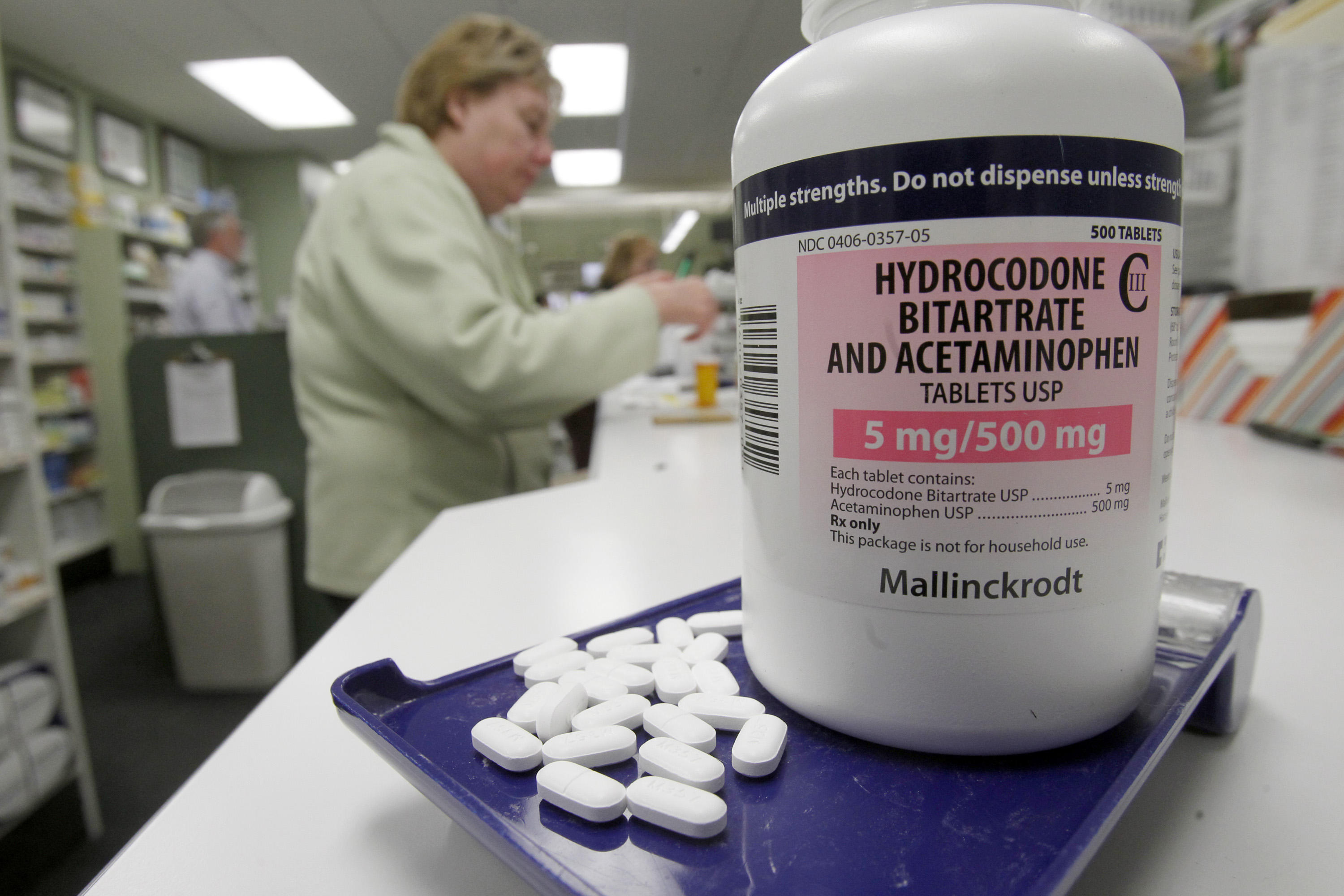 New Jersey Governor Chris Christie held the third formal meeting of President Trump's ongoing Commission on Combatting Drug Addiction and Opioid Crisis, where officials in the pharmaceutical industry and government detailed new partnerships and efforts in the hopes of limiting the use of opioid prescriptions for combatting pain and recommending new treatments for pain management without the use of addictive substances.

National Institutes of Health Director Dr. Francis Collins advised the commission that the agency is looking to build partnerships with researchers across academia, government, prescribers and patients to "cut in half the time needed to make available prescriptions that are non-addictive."

He said areas like developing "potent but non-addictive drugs" for pain relief and offering new avenues for treatment would become a top priority for the partnership.

Collins noted that similar efforts have been taken on by NIH with regard to both Alzheimer's and Parkinson's Disease and said the body "can do the same with opioids."

PhRMA CEO Stephen J. Ubl also announced another significant step in the effort to curb the abuse of opioid prescriptions, telling the commission that the company will support limiting the supply of opioids to 7 days, as opposed to the traditional 30-day supply for short-term pain management and minor treatments.

"Over-prescribing can lead to excess pills falling into the wrong hands," said Ubl. He added, "given scope of this crisis, we believe it's the right thing to do."

Ubl called it a "candidly an unprecedented step for the industry" and commended the efforts of the Trump administration for being comitted to making a maximum effort to the public health emergency.

Christie applauded the effort by PhRMA, calling the crisis a "prevention measure as much as anything else to make sure we don't turn people into addicts inadvertently."

He added, "The fact the pharmaceutical industry is admitting this, is an important first step to limit the amount of these drugs that are out there that can be used inappropriately."

U.S. WorldMeds' Senior Director also advised the commission that they are awaiting feedback on the filing acceptance and priority review request from the United States Food and Drug Administration (FDA) on the development of their new drug Lofexidine. If approved by FDA, it would be the first and only non-narcotic product used for the treatment of opioid withdrawal.

So far, the effort to end the epidemic has been off to a rocky start after the commission failed to make a deadline to file an interim report on the crisis for the second time back in July.

Christie had also missed a previous meeting with Mr. Trump on the epidemic, which was held in Christie's home state while the governor was away on a family vacation in Italy this past summer.

The governor has since traveled to a veterans hospital in Cleveland, Ohio, along with Trump adviser Kellyanne Conway, which has been able to lower the rate of opioids prescribed to veterans by more than double digit amounts by recommending alternative therapy and treatment programs.

Christie said by changing the culture inside hospitals, it shows that "opioids are not the first resort for pain management" and helps lower the prescription rate for medications.

The commission, however, has a new deadline of November 1st for their final report on the epidemic and recommendations for which the industry can innovate pain management and addiction prevention measures. Conway said on Wednesday that Mr. Trump "very much anticipates" the commission's final report and is expecting many agencies across his cabinet to "pitch in."

First Lady Melania Trump, who attended the previous meeting in New Jersey, is expected to hold a listening session on Thursday with experts and people affected by the opioid crisis.