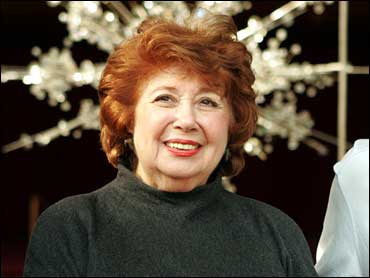 Beverly Sills, the opera diva who won over fans worldwide with her sparkling voice and charming personality and later became a powerhouse in the New York arts world, is gravely ill with cancer, The Associated Press has learned.

Sills, 78, was chairwoman of the Metropolitan Opera until she resigned two years ago, citing health and family reasons. She remains the Met's chairwoman emerita.

The Met would neither confirm nor deny news of her illness, but people close to the situation said Sills was at a Manhattan hospital, with her daughter at her side.

In an e-mail this week to members of its board, the Met said Sills was "gravely ill." One person said she was suffering from lung cancer. The people spoke on condition of anonymity because they were not authorized to announce news of her health.

Born Belle Miriam Silverman in Brooklyn, the coloratura soprano made her opera debut in 1947 in Philadelphia in a bit role in "Carmen." She became a star with the smaller New York City Opera, where she first performed in 1955 in Johann Strauss Jr.'s "Die Fledermaus." She was acclaimed for performances in such operas as Douglas Moore's "The Ballad of Baby Doe," Massenet's "Manon" and Handel's "Giulio Cesare."

She didn't appear at the Met until 1975, shortly before her retirement from singing, which made it surprising when the Met asked her to sit on its board in 2002.

Beyond the music world, Sills gained fans worldwide with a personality that matched her childhood nickname, "Bubbles." The relaxed, red-haired diva appeared frequently on "The Tonight Show," "The Muppet Show" and singing with her friend Carol Burnett. As recently as last season, she hosted some of the Met's new high definition theater broadcasts.

Sills retired from the stage in 1980 at 51 and began a career leading New York's performing arts community as general director of City Opera. She became chairwoman of Lincoln Center for the Performing Arts in 1994.