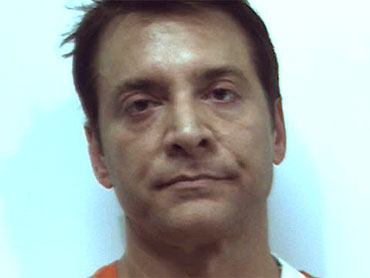 CAMP VERDE, Ariz. - Prosecutors in central Arizona have painted self-help guru James Arthur Ray as a reckless man, saying he conditioned dozens of people to trust him before leading them in a sweltering sweat lodge ceremony that turned deadly.

Starting Tuesday, they'll try to convince a jury that Ray is to blame for the deaths of Kirby Brown, of Westtown, N.Y.; James Shore, of Milwaukee; and Liz Neuman, of Prior Lake, Minn.

A makeshift tent at the retreat center near Sedona was supposed to be a place of renewal and rebirth. Instead, three people ended up dead and more than a dozen injured. Some spent more than an hour inside the five-foot-tall sweat lodge, heated by a pile of hot rocks, reports CBS News correspondent Ben Tracy.

Prosecutors say that on Oct. 8, 2009, Ray recklessly heated the sweat lodge to unsafe temperatures causing those inside to suffer dehydration and heat stroke. Ray's attorneys say he warned it would get hot, provided water, and did not prevent anyone from leaving.

Ray has pleaded not guilty to three counts of manslaughter. His attorneys have said the deaths were simply a tragic accident that Ray could not have predicted.

Opening arguments will play out in a Camp Verde courtroom, about 30 miles south of Sedona where Ray conducted the ceremony. Four months have been set aside for the trial.

A conviction on all three counts could put Ray in prison for more than 35 years.

Minutes before the sweat lodge ceremony began, he told more than 50 participants that it would be "hellacious hot," but assured them that even though they might vomit, enter into altered states of mind and feel like they're dying, they wouldn't die.

"The question for the jury will be, 'Did these people know what they were getting into?'" CBS News legal analyst Lisa Bloom told "The Early Show" Tuesday. "Did they choose to stay because they wanted to push themselves, or is Ray responsible for their deaths?"

Autopsy reports showed the 38-year-old Brown and 40-year-old Shore died of heat stroke, and the 49-year-old Neuman's organs shut down due to hyperthermia and prolonged sweat lodge exposure.

Shore and Brown were pronounced dead when they arrived at a hospital. Neuman never regained consciousness and died more than a week later at a Flagstaff hospital.

Eighteen others were injured, yet dozens emerged from the ceremony with no major problems.

Participants paid more than $9,000 each to attend Ray's "Spiritual Warrior" event with the sweat lodge meant as the highlight. Ray repeatedly told participants to hydrate but few knew why.

American Indians typically use sweat lodge ceremonies to rid the body of toxins.