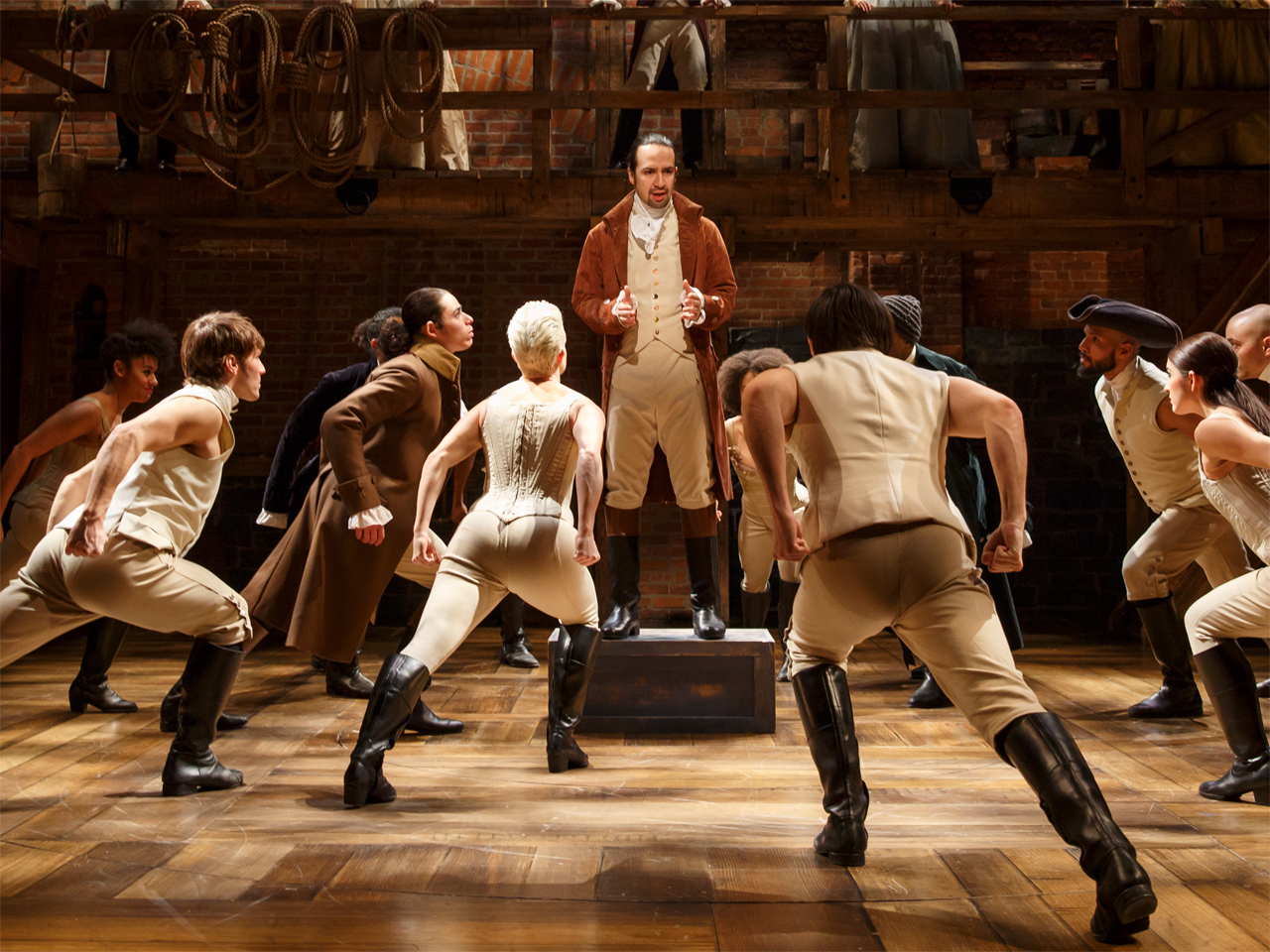 NEW YORK -- The Broadway smash "Hamilton," which has been cheered for reclaiming the nation's founding story by a multicultural cast, has oddly come under fire for specifically seeking "nonwhite men and women" for upcoming roles in future versions.

That went too far for the Actors' Equity Association union, which said Wednesday that the show's language was not official or in compliance with their rules.

The show responded by saying it regretted the confusion and will amend the notice to add that "we welcome people of all ethnicities to audition."

No such outcry was heard when the show was first being mounted, which called specifically for nonwhite actors to play the likes of Alexander Hamilton, George Washington, Aaron Burr, Thomas Jefferson and Eliza Hamilton. Only King George II was supposed to be filled by a white man.

"Hamilton" producers said such a stance adheres to the accepted practice that certain characteristics in certain roles constitute a legal and "bona fide occupational qualification." Other shows also cast with ethnicity in mind.

Since it opened off-Broadway last year, the show has been celebrated for putting minorities at the center of America's birth. The show's African-American, Asian and Latino actors have been cheered by President Barack Obama, British actress Helen Mirren and many others.

The latest snag occurred when the show posted on its website a call for "nonwhite men and women, ages 20s to 30s, for Broadway and upcoming tours." Equity, which usually reviews casting notices, said it had not in this case.

"Our audition rules are created to provide the broadest access possible for our members to be seen for roles," the union said.

The show is by Lin-Manuel Miranda, who wrote the show's book, music and lyrics, and stars in the title role. It stresses the orphan, immigrant roots of Hamilton and has a terrifically varied score, ranging from pop ballads to gospel to sexy R&B. A Chicago production will open this fall and a national tour will travel to San Francisco and then Los Angeles in 2017.

"'Hamilton' depicts the birth of our nation in a singular way," producer Jeffrey Seller said in a statement. "We will continue to cast the show with the same multicultural diversity that we have employed thus far."