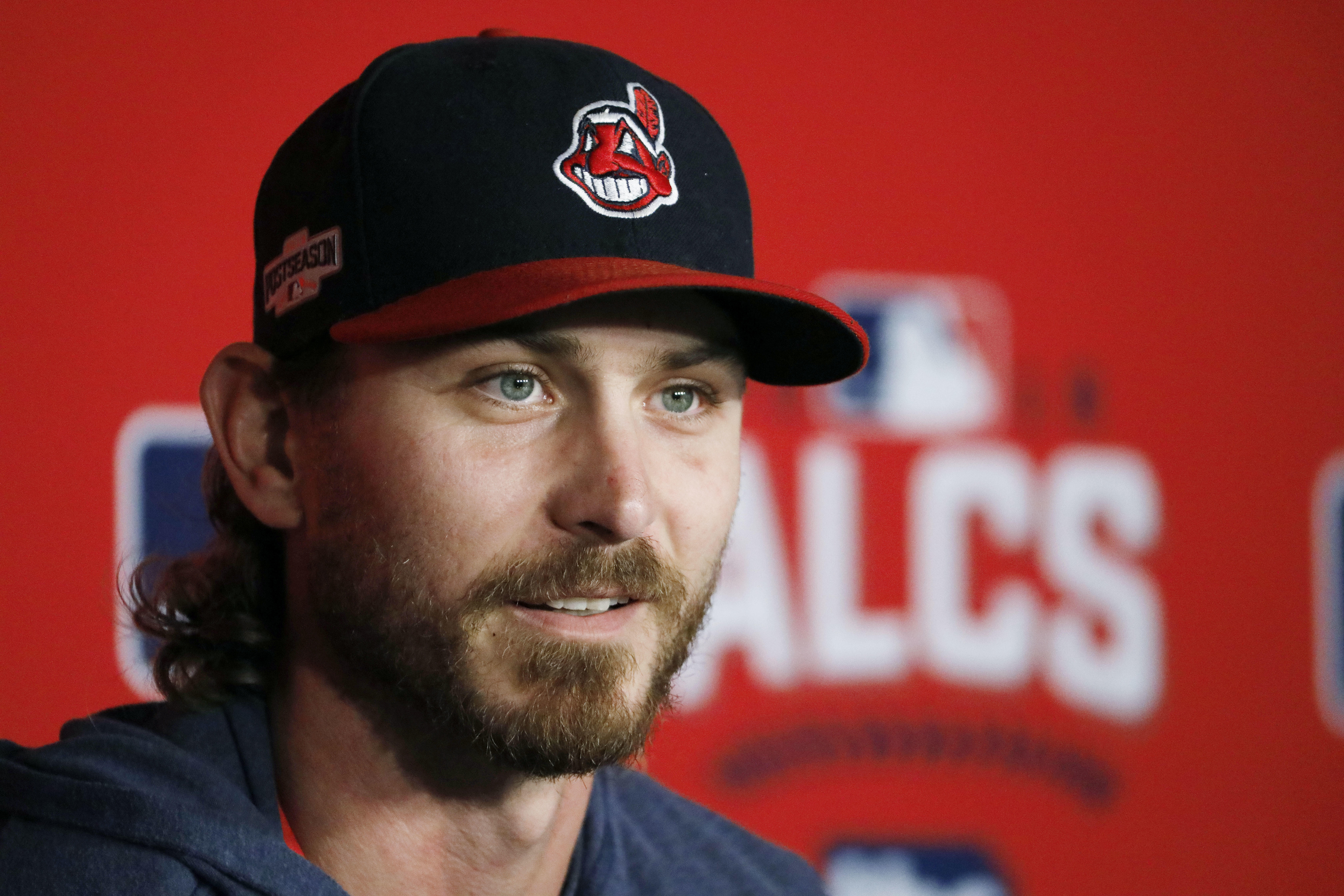 TORONTO -- An Ontario judge hearing arguments on an attempt to bar the Cleveland Indians from using their team name and “Chief Wahoo” logo during Monday’s night playoff game in Toronto asked the plaintiff’s lawyer how the game would be played if the name and logo didn’t appear.

The legal challenge by indigenous activist Douglas Cardinal comes on the same day the team plays the Toronto Blue Jays in Game 3 of the American League Championship Series.

The long-standing logo, which appears on some team caps and jerseys, depicts a grinning, red-faced cartoon with a feather headband.

The Indians dropped Wahoo as their primary logo two years ago, switching to a block “C’’, and reduced the logo’s visibility. However, one of the caps the Indians wear at home has the “Wahoo” logo on its front and Cleveland’s jerseys remain adorned with the Wahoo logo on one sleeve.

Lawyer Monique Jilesen told Ontario Superior Court Justice Tom McEwen the game could be played with spring training uniforms that don’t carry the name or “Chief Wahoo” logo. Jilesen said the club was informed of this Sunday, and there is no attempt to stop the game.

“You could not call a team the New York Jews. Why is it OK to call a team the Cleveland Indians?” Jilesen asked the judge, calling the team and logo racially discriminative and a violation of Ontario’s human rights code.

McEwen said he would his release his decision shortly.

At least 27 lawyers representing the Cleveland Indians, Major League Baseball and others, including the plaintiffs, attended the hearing, which was moved to a larger court room to accommodate the crowd.

Major League Baseball said it “appreciates the concerns” of those who find the name and logo “offensive.”

“We would welcome a thoughtful and inclusive dialogue to address these concerns outside the context of litigation,” the league said in a statement. “Given the demands for completing the League Championship Series in a timely manner, MLB will defend Cleveland’s right to use their name that has been in existence for more than 100 years.”

Cardinal’s lawyers asked the court to bar the usage of the name and logo by the team, MLB and Toronto team owner Rogers Communications, which rebroadcasts the TBS game in Canada.

“It’s quite obviously a derogatory, cartoonish representation of an indigenous person,” said Michael Swinwood, one of Cardinal’s lawyers. “The whole concept of how it demeans native people is essentially his concern.”

Swinwood said the legal challenge is a high-profile opportunity to bring awareness to the racism aboriginal people face in North America.

Kent Thomson, a lawyer for Rogers, told the judge that Rogers would have to black out the game in Canada because they can’t control what TBS shows during the game.

“It would punish millions and millions of Canadians, Blue Jays fans, and owners of bars and restaurants across the country,” Thomson said.

He said the case was sprung on them late Friday night and noted that Cardinal won’t even be watching the game because he’s in China.

Markus Koehnen, a lawyer for Major League Baseball, said it would be absurd for an Ontario court judge to order an MLB team to alter its uniform. He noted that Indians reliever Andrew Miller was acquired during the season and doesn’t even have a spring training uniform.

“This is very, very unusual. A superior court judge telling a MLB team to find another uniform,” Koehnen said.

Indians spokesman Curtis Dansburg said the team is focused on the playoffs and “will not comment any further on matters that distract from our pursuit on the field.”

Mark Shapiro, a former Cleveland Indians president and current Blue Jays president, has promoted use of the other logo, the simple C. He said last week the Wahoo logo “personally bothered” him but said the people of Cleveland thought differently. Shapiro was asked about it after Blue Jays broadcaster Jerry Howarth said he refuses to use the team name after getting a letter from an aboriginal person saying such terms were deeply offensive.

In April, the team took steps to significantly limit the use of the Chief Wahoo logo, CBSSports.com reported.

“We do have empathy for those who take issue with it,” said Indians owner Paul Dolan. “We have minimized the use of it and we’ll continue to do what we think is appropriate.”

The NFL’s Washington Redskins have received harsh criticism for their nickname, and many universities and high schools have made changes to logos, mascots and nicknames that depict Native Americans, a once common tradition throughout the U.S.