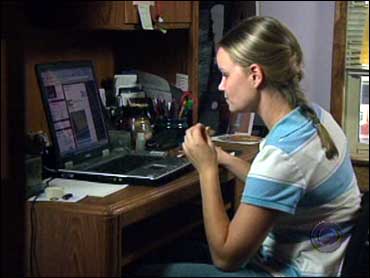 A survey of 1,000 moms of teenagers commissioned by McAfee and conducted by Harris Interactive reached the surprising conclusion that "about two-thirds of mothers of teens in the United States are just as, or more, concerned about their teenagers' online safety, such as from threatening emails or solicitation by online sexual predators, as they are about drunk driving (62 per cent) and experimenting with drugs (65 per cent)."

That might be how moms feel, but it's not reflective of the real world. While moms have good reason to be concerned about how their teens use the Internet, online dangers pale compared to the risks of drunk driving. In 2007, 6,552 people were killed in auto accidents involving young drivers (16-20), according to the National Highway Transportation Safety Administration. In 2006, nearly a fifth of the 7,643 15- to 20-year-old drivers involved in fatal traffic crashes had a blood had a blood alcohol concentration of .08 or higher.

Perception of Internet danger has been heightened thanks to the TV show "To Catch a Predator" and inaccurate reports stating that "one in five children have been sexually solicited by a predator." That statistic is a misquote from a 2000 study by the Crimes Against Children Research Center. The data (which, based on a 2005 follow-up study, was revised to one in seven) is based on a survey that asked teens if they had in the last year received an unwanted sexual solicitation.

But many - possibly most - of those solicitations were from other teens, not from adult predators. What's more, most recipients didn't view them as serious or threatening. "Almost all youth handled the solicitations easily and effectively" and "extremely few youth (two out of 1,500 interviewed) were actually sexually victimized by someone they met online," reported the authors of the study.

Other studies have shown that "the stereotype of the Internet child molester who uses trickery and violence to assault children is largely inaccurate" (Wolak, Finkelhor & Mitchell, 2004). In a survey of law enforcement investigators of Internet sex crimes, it was reported that only 5 percent of offenders pretended to be teens when trying to meet potential victims online.

Research has also shown that kids who do get into trouble online are the same kids who get in trouble offline. Most kids are pretty careful when it comes to Internet safety but a small percentage of teens take unnecessary risks that could lead to sexual solicitations and other dangers. Based on what we know about teenage risk taking, it is likely that the same kids who are abusing drugs or driving while under the influence are the same ones who are taking extraordinary risks online

Still, even among those kids, the odds of them dying, being injured or being sexually molested is quite low.

I'm not surprised by another finding in the McAfee/Harris survey that "20% of teens have engaged in cyberbullying behaviors, including posting mean or hurtful information or embarrassing pictures, spreading rumors, publicizing private communications, sending anonymous e-mails or cyberpranking someone." That number tracks other surveys on the subject, though it's important to point out that cyber bullying, while real, is also subject to exaggeration.

As reported by NetFamilyNews.org, a CCRC a study of online bullying found that "9% of youth were harassed online in the past year, 43% of them by known peers and 57% by people they met online and did not know in person. … Most online harassment incidents did not appear to meet the standard dentition of bullying used in school-based research and requiring aggression, repetition, and power imbalance."

I'm not suggesting that parents have nothing to worry about when it comes to the Internet. Parents should talk with their kids about Internet safety and engage in frequent conversations about how they behave online. But let's keep things in perspective and not turn parental concern into unjustified fears.
By Larry Magid