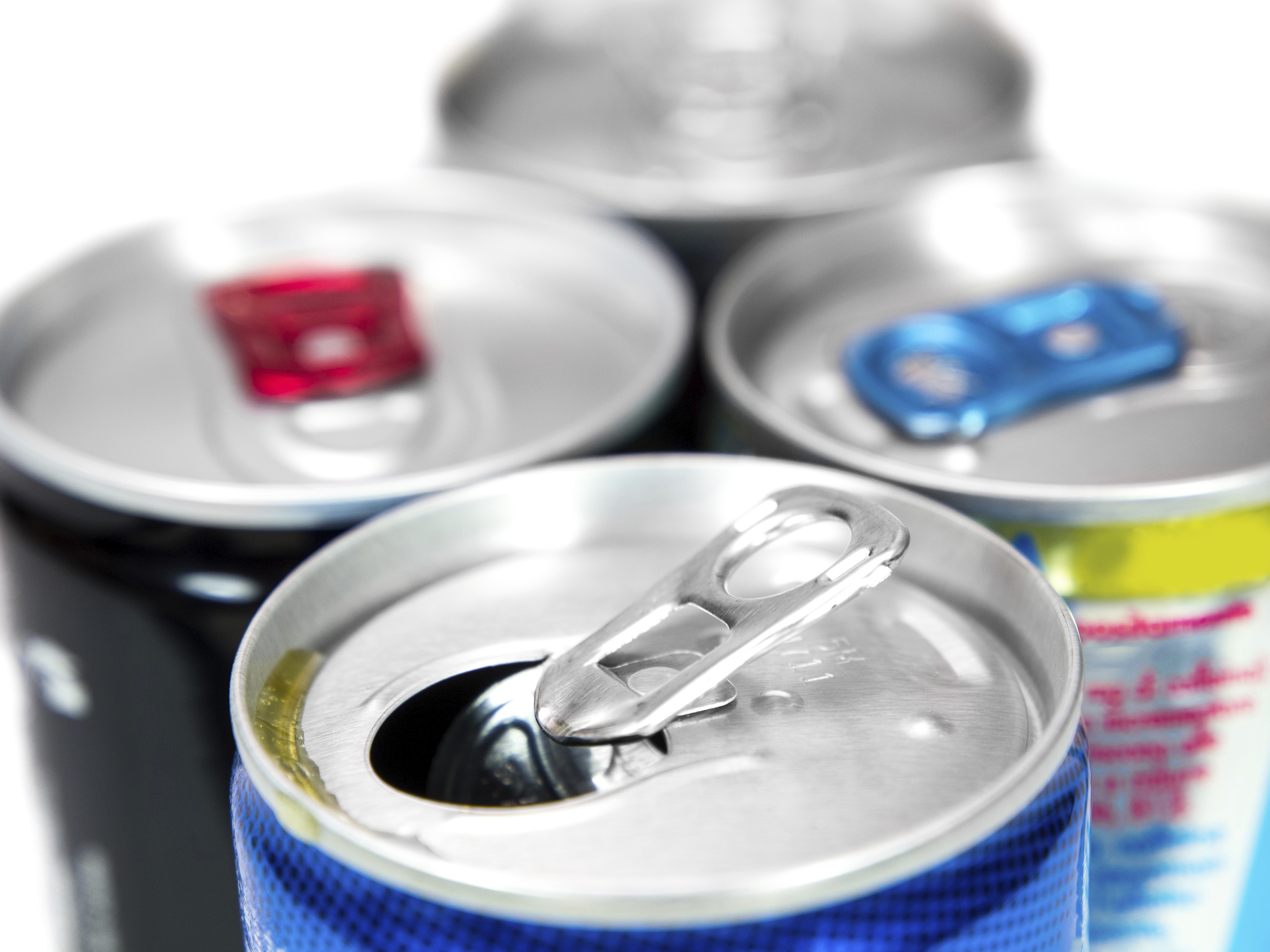 For your heart's sake, go easy on the energy drinks. A new study shows guzzling the jacked-up beverages can raise the risk for an abnormal heart rhythm and increase blood pressure. People with heart problems need to be especially careful.

University of the Pacific and David Grant Medical Center scientists presented their research at a meeting of the American Heart Association in Phoenix, Arizona.

The study included 27 healthy volunteers between the ages of 18 and 40 who drank either two cans of an energy drink, or the same amount of a drink that contained panax ginseng (an ingredient in the energy drink), or a placebo beverage once a day, every six days, for three weeks.

The study participants did not know which drink they were receiving until the end of the three weeks.

The researchers measured their heart rhythms and blood pressure before the drinks were gulped, and took measurements four more times during the six hours after they'd consumed the beverages.

The people who drank the energy drink had a statistically significant increase in a marker of abnormal heart rhythm risk known as the QTc interval, the researchers reported. The same study participants also experienced a slight rise in blood pressure. The effects persisted for two hours after the energy drink was downed.

In contrast, the ginseng and placebo drinkers experienced no rises in QTc interval or blood pressure.

Primary investigator Sachin Shah, an associate professor of pharmacy practice at Pacific's Thomas J. Long School of Pharmacy and Health Sciences, said in a statement that the negative affects on heart health occur when the highly-caffeinated drinks are consumed in large quantities.

"While we wait for more data, some consumers should exercise caution and not blindly follow the buzz," Shah said.

"This adds to our knowledge and confirms prior data suggesting energy drinks may have some deleterious effects on the heart and vascular system, but if those affects are long-term in a population base we don't know," said Dr. Dermot Phelan, medical director of Cleveland Clinic's Sports Cardiology Center.

Phelan told CBS News that energy drinks should be avoided by people with a heart condition called Long QT syndrome (LQTS), a heart rhythm condition that can cause dangerously fast, chaotic heartbeats.

Monster Energy, the maker of a popular line of energy drinks, pointed to a separate study involving 15 people by researchers at the University of Texas that found no increase in QTc interval, heart rate or blood pressure in people who consumed one 16-ounce or 24-ounce can of the beverage. "This study confirms Monster Energy's long-held position that its energy drinks have always been and continue to be safe," said Stuart Pfeifer, a spokesman for Monster Energy.

However, in extreme cases, too much caffeine has been linked with health problems and even sudden death. The Center for Science in the Public Interest, a consumer health advocacy group, reports 34 deaths that may have been associated with energy drinks.

Phillip Oppenheimer, dean and professor of pharmacy practice at Pacific, said in a press statement that the findings are of particular concern when it comes to young adults.

"Energy drinks are widely consumed within the college population, which further extends the relevance of this study," he said.

Phelan added, "I see these kids coming in not infrequently with palpitations which subsequently resolve with discontinuation of the energy drinks."