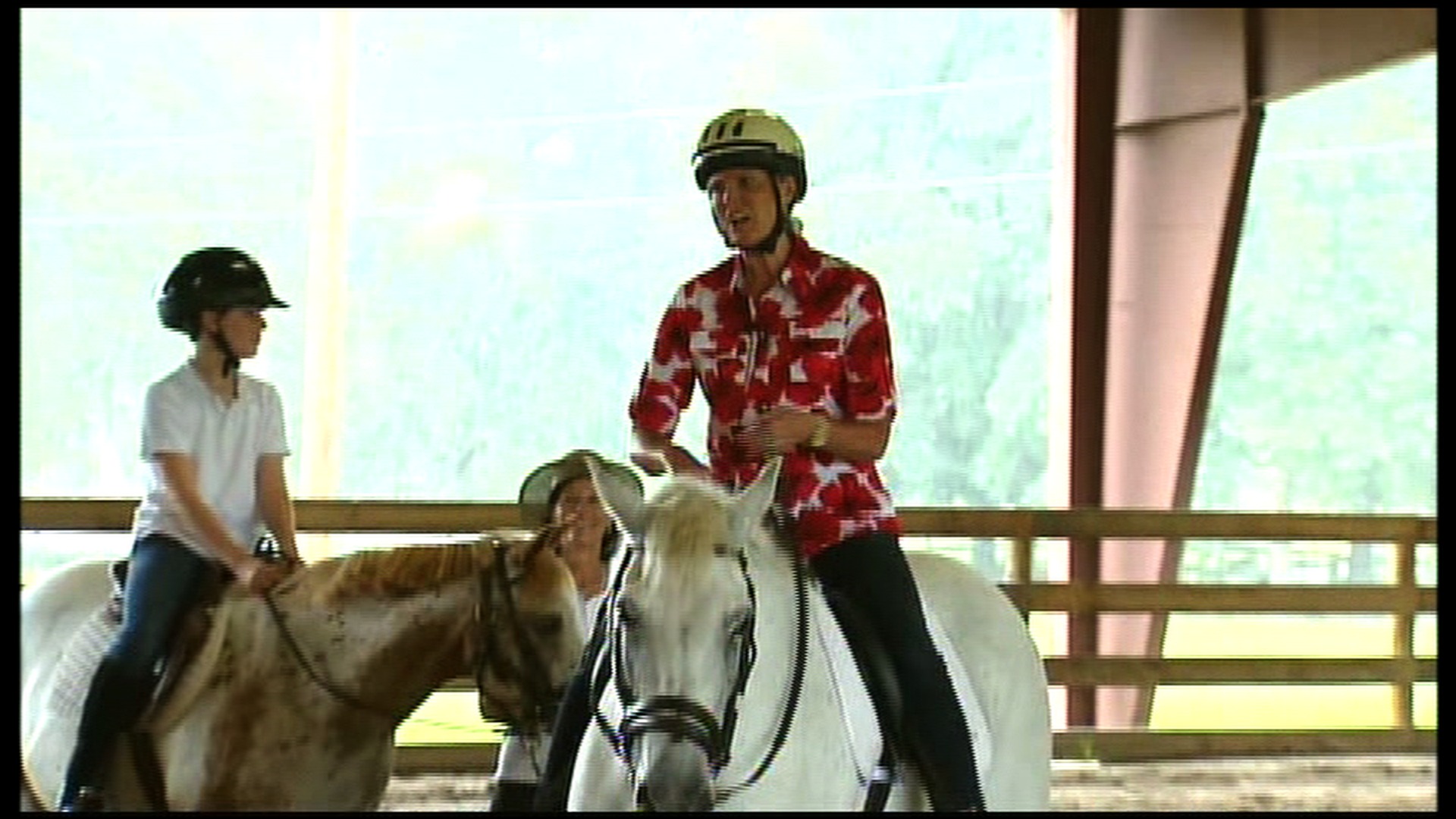 "I just want those people that have never experienced this to understand how magical these horses are," Romney said, while riding at the Marion Therapeutic Riding Association in Ocala, Fla.

"This wonderful young woman over here has CP [cerebral palsy], and she is doing well and has even got goals of trying to be on the paralympic team," Mrs. Romney said.

"They've been a great gift to my life."

It seems she was unable to keep everyone in attendance entertained, however. Mrs. Romney joked that the horse she was on, Duke, fell asleep during her remarks.

An avid horseback rider, this is Mrs. Romney's first presidential campaign appearance with horses, though this isn't the first time we've seen her on horseback. The Los Angeles Times last month reported on her expensive passion for dressage, a sport that is also referred to as "horse ballet."