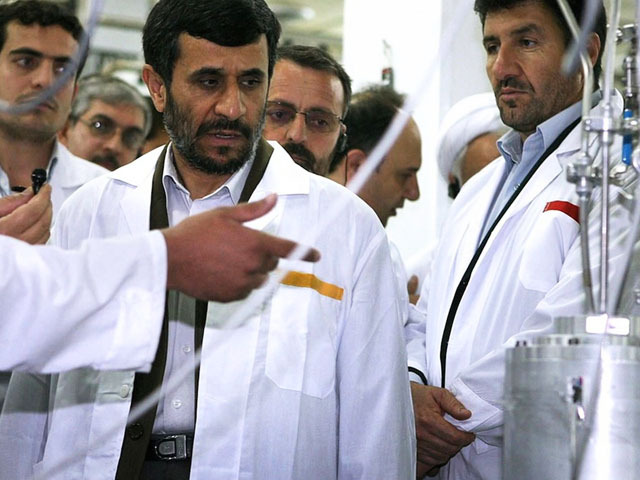 (CBS News) WASHINGTON -- Iran is planning to speed up its nuclear program by using new centrifuges that can quickly enrich uranium so that it could be used to build an atomic bomb sooner than had been anticipated.

The White House called this "another provocative step by Iran."

The 3,000 centrifuges would take up to a year to install, so Iran still has not crossed the threshold to a nuclear weapon. But to David Albright, who closely monitors the Iranian nuclear program, this is an ominous development.

"It's Iran signaling that they're going to dramatically increase their capability to produce enriched uranium, and it's the thing that everyone has been fearing," Albright says.

The new centrifuges, which Iran apparently has been able to produce despite international sanctions, could turn out enriched uranium at three to five times the rate of its current centrifuges.

Once installed and in operation, the centrifuges could give Iran the capability to make a dash for the bomb faster than the U.S. and its allies could react.

"In one or two weeks, they could have enough for a nuclear weapon, and that's going to be hard to both detect and respond to," says Albright.

Asked whether Iran's desire to break out from its current nuclear capability would be detectable, Albright says, "But it may be detectable after they've finished."

Albright estimates Iran could achieve that so-called break-out capability by the middle of 2014, although Israel's Prime Minister Benjamin Netanyahu has famously drawn a red line that Iran could cross as early as the middle of this year. Israel's red line is based simply on the amount of uranium Iran has enriched.

Iran's intentions remain a mystery, but one thing is certain: they keep getting better at enriching uranium.