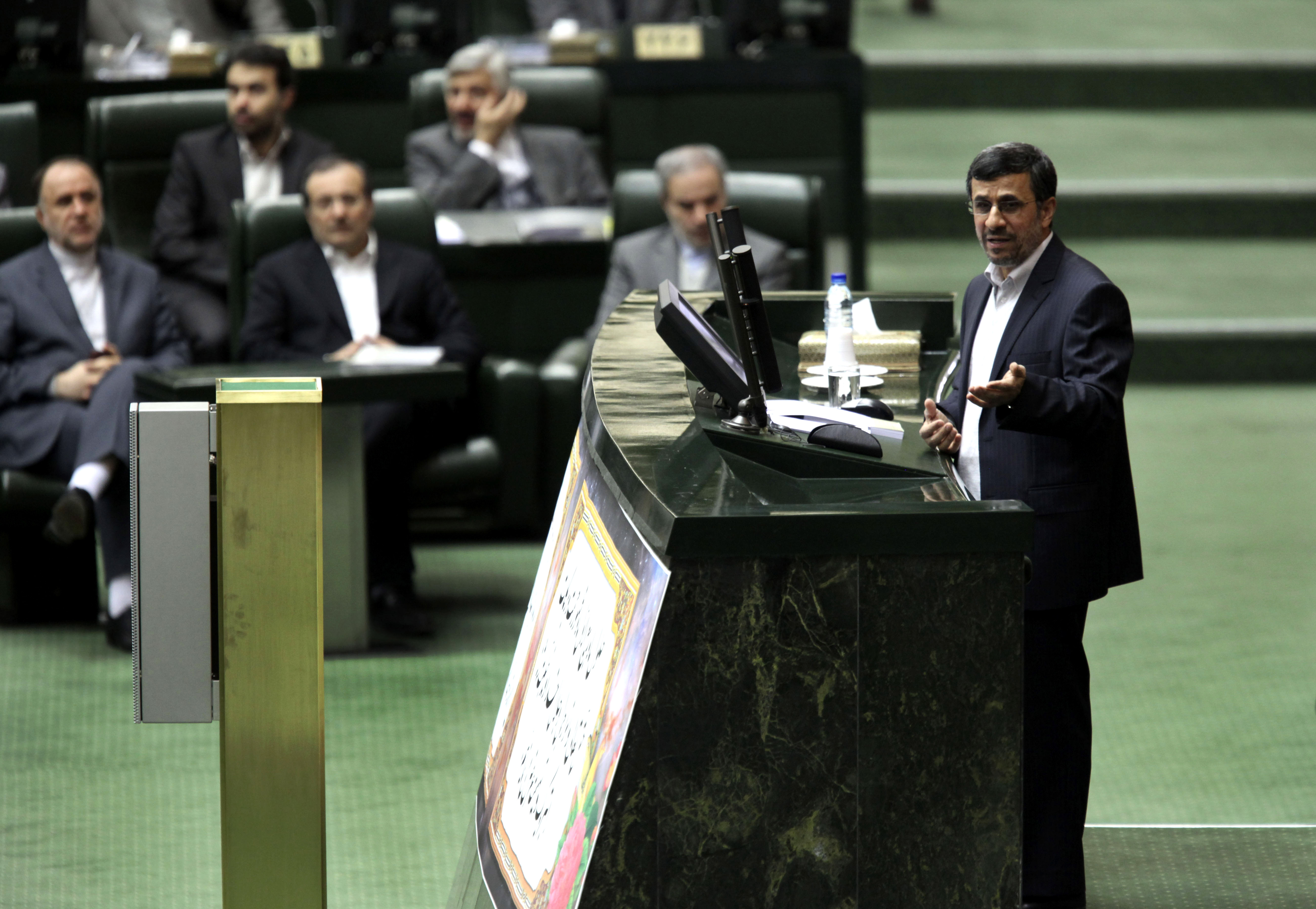 Addressing a group of Iranians in the western city of Hamedan, Ahmadinejad mocked the embargo, saying that Iranian universities would churn out money-making innovations. He did not mention any specific technologies.

"Don't buy our oil? To hell with you," Ahmadinejad said in remarks aimed at the West. "It's better if you don't buy... 10 times more money will head to people's pockets through the inventions of our scientists."

Last week, Ahmadinejad said Iran must move away from dependence on oil revenues to overcome Western sanctions that have slowed the economy and disrupted foreign trade. Iran has long depended on oil sales for about 80 percent of its foreign currency revenue.

Iran's income from oil and gas exports has dropped by 45 percent as a result of sanctions. The West fears Iran may ultimately be able to develop nuclear weapons, a charge Tehran denies.

Iran's national currency has also lost about 8 percent of its value in the past two days, hitting a record low against the U.S. dollar and other foreign currencies in street trading. Street traders said Tuesday it reached 36,200 rials to the dollar. It was 33,500 rials on Sunday.

Iran's national currency lost nearly 40 percent of its value in 2012 alone. Each U.S. dollar was traded at about 10,000 rials as recently as early 2011. Iranian authorities have accused the West of waging an "economic war."

The country is living under stepped up Western sanctions that also include banking restrictions that make it increasingly difficult for Iran's Asian customers to pay for oil deliveries.

The government is preparing an austerity budget for the next Iranian calendar year that begins March 21. It aims to avoid a budget deficit by substantially increasing income taxes to make up for shrinking oil revenues.