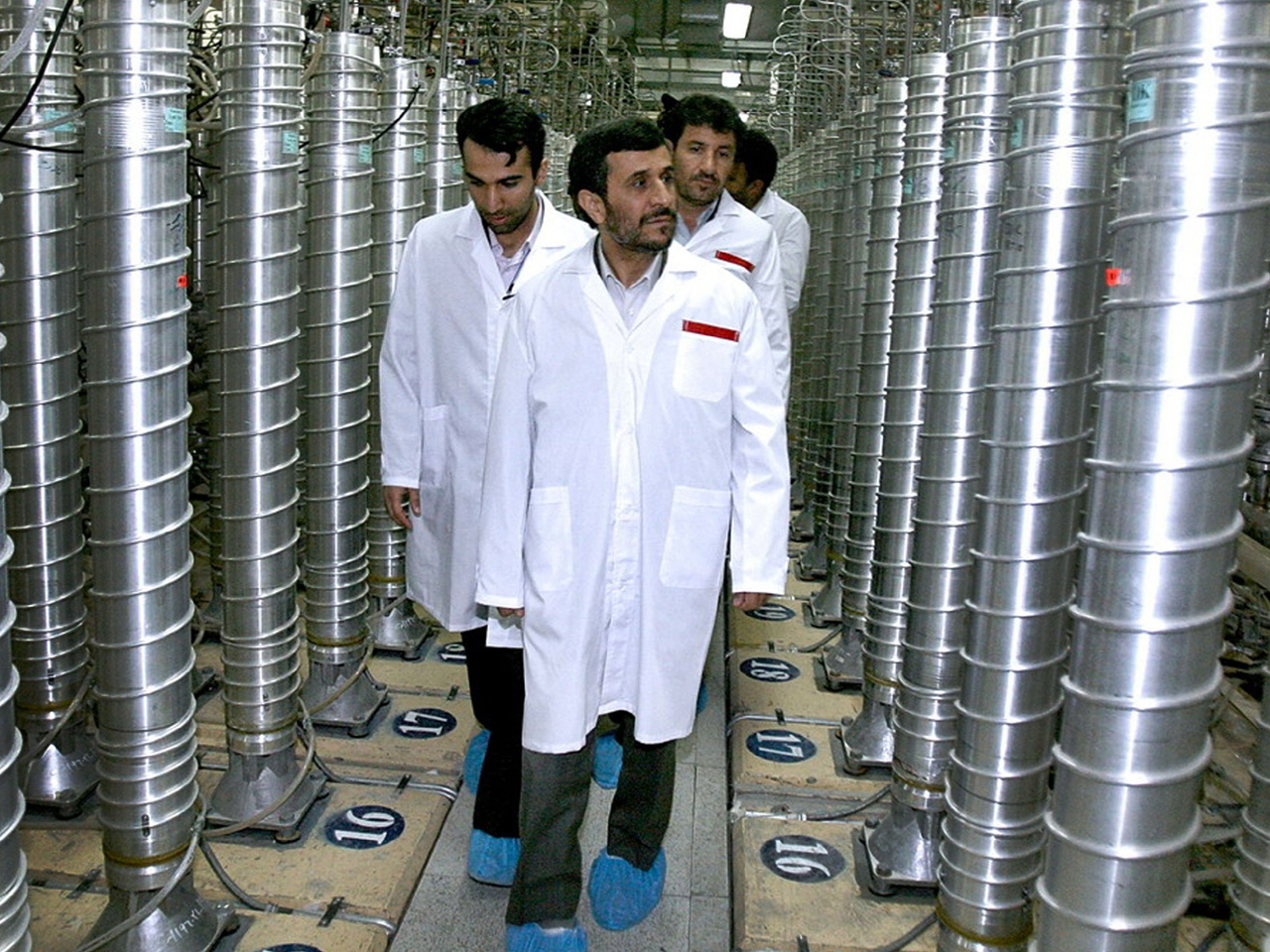 VIENNA Iran is poised for a major technological update of its uranium enrichment program, allowing it to vastly increase production of the material that can be used for both reactor fuel and nuclear warheads, diplomats told The Associated Press Thursday.

The diplomats said that Iran last week told the International Atomic Energy Agency that it wants to install thousands of high-technology machines at its main enriching site at Natanz, in central Iran.

Iran argues it has a right to enrich for a civilian nuclear power program. But suspicion persists that the real aim is nuclear weapons, because it hid much of its program until it was revealed from the outside more than a decade ago and because of what the IAEA says are indications that it worked secretly on weapons development. Defying U.N. Security Council demands that it halt enrichment, Iran has instead expanded it.

One of the diplomats said Iranian officials informed the Vienna-based nuclear watchdog that they planned to mount as many as 3,132 of the new-generation centrifuges. He said a confidential note circulated Thursday to the IAEA's 35-nation board cited Iranian officials as saying that domestically developed IR-2m centrifuges would be used.

Mark Fitzpatrick, an expert on Iran's nuclear program and the director of the nonproliferation and disarmament program at the London-based International Institute for Strategic Studies, said the new machines "could be a game-changer, depending on how many they introduce."

The introduction of the machines, if confirmed, "does suggest that they made a breakthrough, and are moving from the research and development phase to employing them to enrich uranium," Fitzpatrick told CBSNews.com the IR-2M machines can enrich uranium "four to five times faster" than other centrifuges in use at Iran's plants.

If confirmed by IAEA inspectors, "this will reduce the timeline for Iran being able to produce a weapon's worth of fissile material," added Fitzpatrick. He said IAEA inspectors were due to visit Natanz and issue a report on their findings in the next couple weeks, which "will indicate exactly how many (IR-2M centrifuges) have been introduced."

According to Fitzpatrick, Iran has been working for 10 years or more in a pilot program at Natanz to bring these new centrifuges into use. There have been a couple hundred undergoing trial and development at the pilot plant, and he suspects it was international sanctions that delayed their roll-out for so long.

Iran says it is enriching only to power reactors and for scientific and medical purposes. But because of its nuclear secrecy, many countries fear that Iran may break out from its present production that is below the weapons-grade threshold and start enriching to levels of over 90 percent, used to arm nuclear weapons.

Tehran now has more than 10,000 centrifuges enriching uranium at its main plant at Natanz, 140 miles southeast of Tehran, to fuel grade at below 4 percent. Its separate Fordo facility, southwest of Tehran, has close to 3,000 centrifuges producing material enriched to 20 percent, which can be turned into weapons-grade uranium much more quickly.

Fitzpatrick says the fear is that the new machines, "will enable them to very quickly turn it (their 20 percent-enriched stockpile) into high enriched uranium."

Iran has depended on centrifuges whose design is decades old at both locations up to now, while occasionally displaying models of more advanced machines. If it makes good on its announcement to move to a high-tech model it will be able to increase its stockpile of enriched uranium at two to three times the present rate.

Tehran already has enough enriched material for several nuclear weapons. But it insists it has no such plans. And experts say that while it could produce enough weapons-grade uranium to arm a nuclear bomb with two to four months, it would still face serious engineering challenges that would lead to much longer delays before it would succeed in making the other components needed for a functioning warhead.