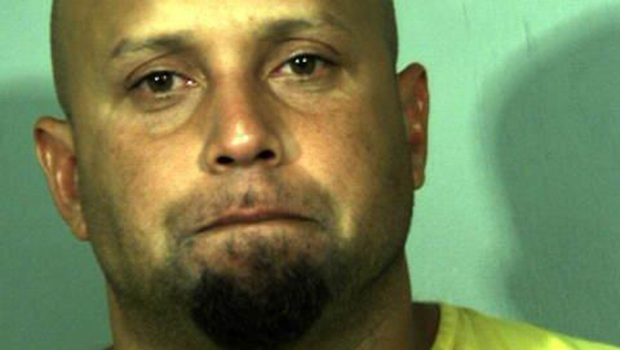 Omar Gonzalez, the man accused of jumping a fence at the White House and running across the North Lawn, through the North Portico and into the East Room before being apprehended by Secret Service, pleaded "not guilty" in U.S. District Court Wednesday.

Through his lawyer Gonzalez entered a plea of "not guilty" to each of the three counts the grand jury indicted him on Tuesday, CBS News' Paula Reid reports. He also waived his detention hearing and will remain in custody.

Following his arrest on Sept. 19, Gonzalez was charged with unlawfully entering a restricted building or grounds, while carrying a deadly or dangerous weapon. The grand jury Tuesday indicted him for that federal offense, as well as two additional charges alleging violations of District of Columbia law: carrying a dangerous weapon outside a home or place of business, and unlawful possession of ammunition.

Investigators found more than 800 rounds of ammunition in Gonzalez 's car after the incident, a federal prosecutor said last week. A machete and two hatchets also were found.

The unshaven Gonzalez was escorted by two marshals and was unrestrained. He remained attentive and silent throughout the proceeding.

The judge, Deborah A. Robinson, ordered a forensic review of his "competence" to face these proceedings. The judge said she made this decision based on new information in a pretrial services report.

Gonzalez's lawyer adamantly objected to having his client assessed for competency and said he will file a motion to stay the the judge's order by the end of the day. Gonzalez, an Army veteran, suffers from post-traumatic stress disorder.

The next hearing will be on October 21st.