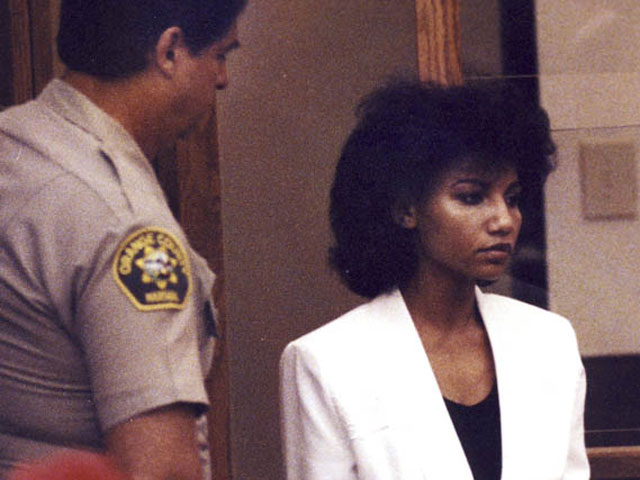 (CBS/KYTX) COSTA MESA, Calif. - Omaima Aree Nelson, a former model who was convicted of killing her husband and eating his remains in the early 90s, is now seeking parole, say authorities.

Nelson, who immigrated to the United States from Egypt in 1986, was convicted of second-degree murder and received a sentence of 28 years for killing William E. Nelson,56, in their Costa Mesa apartment, reports CBS affiliate KYTX.

Prosecutors say Nelson killed her husband of less than a month, on Thanksgiving Day. She cooked his head and his hands. She then attempted to get some of her ex-boyfriends to help dispose of the rest of the body parts.

Nelson told authorities that she was under severe stress and her husband often physically and sexually abused her. She was found to have post-traumatic stress disorder in a psychological evaluation.

She will face a parole board in Chowchilla State Prison next Wednesday.