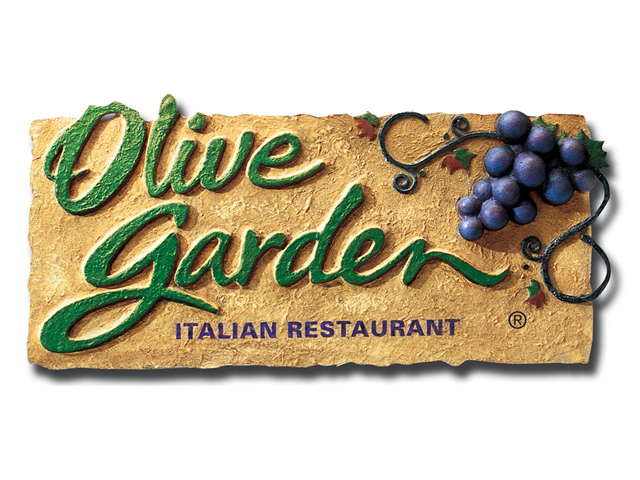 NEW YORK Olive Garden is tossing out its famous "When You're Here, You're Family" slogan to cater to a more modern lifestyle.

After a 14-year run, the Italian restaurant chain will launch a new ad campaign Sunday night as it looks to freshen up its image and boost struggling sales.

Instead of evoking Old World charm, the new ads will feature brightly lit snapshots of modern life - little girls at ice skating practice, a woman striking a yoga pose, a group of friends taking a picture of themselves with a smartphone.

To underscore the point, the "Go Olive Garden" ads will be voiced over by actress Julie Bowen, who plays a neurotic mom on "Modern Family," a popular TV show that dismantles notions of traditional family roles.

"We had been more about this traditional family meal - that long, lingering meal, with lots of laughter, lots of joy. It was a very stereotypical Italian family dinner," said Jay Spenchian, executive vice president of marketing at Olive Garden.

But the chain decided the image no longer reflected today's hectic lives.

The new ads will kick off the first phase of a year-long overhaul for Olive Garden, which is owned by Darden Restaurants (DRI). The Orlando, Fla.-based company is focusing on affordability and greater variety, a strategy similar to the one it's taking at Red Lobster, its other major chain. It's also trying to stress that people can duck into Olive Garden for a bite any time of day, not just for a family dinner.

Darden's push comes at a challenging time. After years of healthy growth that began in the late 1980s, the casual dining industry is struggling to increase sales. Part of the problem is that price-conscious customers are increasingly heading to places such as Panera Bread and Chipotle Mexican Grill, which are seen as higher quality than traditional fast food and less expensive than full-service restaurants.

To win back customers, one part of Olive Garden's strategy is to focus on lighter options. So the chain known for its unlimited breadsticks and "Never Ending Pasta" on Monday plans to launch a new menu section that highlights dishes with 575 calories or less.

The "Lighter Italian Fare" section will mostly bring together existing entrees, such as the Herb-Grilled Salmon (510 calories) and Venetian Apricot Chicken (400 calories). One new dish will be added - Lasagna Primavera with Grilled Chicken (420 calories).

To lure the price-conscious, Olive Garden will also launch a ""Dinner Today, Dinner Tomorrow" offer, which gives customers who come in for dinner a second meal to take home. The take-home meals come refrigerated with the sauce separate and guests can pick from five entrees for $12.95. The offer ends Nov. 18.

Because Darden's costs for food ingredients stabilized, the company says it will keep price hikes to less than 2 percent this year. Right now, the average check per person is about $16, not including tax or tip.

Whether Darden's big push this year will pay off remains to be seen, particularly because the company has plenty of catching up to do.

Maggiano's, the Italian chain owned by rival Brinker International, for example, launched a similar "Today & Tomorrow" deal in the summer of 2009. The deal was such a hit it's now a permanent part of the menu.

Applebee's, owned by DineEquity, first rolled out its well-known "2 for $20" deal during the depths of the economic downturn, and the chain offers an "Under 550 Calories" section on its menu as well.

Darden last month reported fiscal first-quarter results that topped Wall Street expectations, with profit up by 4 percent from a year ago. But the jump was mostly the result of higher revenue from new restaurant openings. Traffic was down at Olive Garden restaurants open for at least year. Even in August, when the chain ran its "Never Ending Pasta" promotion, traffic fell 3.7 percent.

KeyBanc analyst Christopher O'Cull noted that Olive Garden's guest counts have lagged the industry in 23 of the past 24 months. The declines were "disconcerting" when considering that Olive Garden accounts for about half of Darden's business, O'Cull said in a note to investors.

Still, Olive Garden says its changes will be significant and that it will continue to evolve. A new signature wine called Porta Vita is being introduced Monday. Lighter options will continue to expand in coming months. In the third fiscal quarter, the lunch menu will be revamped to offer more variety.

Without giving details, the company says it plans to add a core "everyday value" section on its menu in January.

A key concept every investor should know about