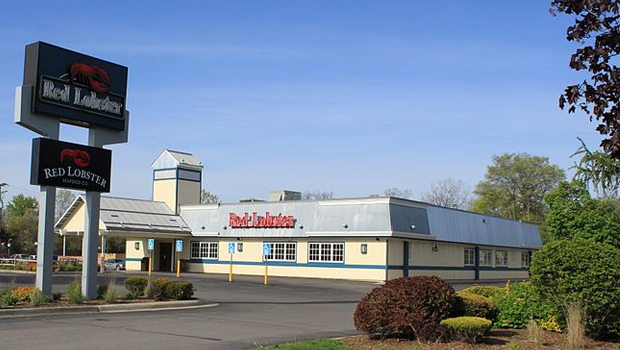 NEW YORK The owner of Olive Garden and Red Lobster says it won't bump any full-time workers down to part-time status, after its tests aimed at limiting health care costs resulted in a publicity backlash that took a bite out of sales.

At the same time, Darden Restaurants (DRI) isn't ruling out relying more heavily on part-timers over the long haul.

The company, based in Orlando, Fla., is set to announce Thursday that none of its current full-time employees will have their status changed as a result of the new regulations. The move will come just two days after the company lowered its profit outlook for the year, citing failed promotions and negative publicity from its tests that used more part-time employees. The tests were aimed at keeping down costs tied to new health care regulations, which will require large companies to provide insurance to full-time workers starting in 2014.

After Darden's tests were reported in October, the company received a flood of feedback from customers through its website, on Facebook and in restaurants, said Bob McAdam, who heads government affairs and community relations for Darden. Additionally, he said that internal surveys showed both employee and customer satisfaction declined at restaurants where the tests were in place.

"What that taught us is that our restaurants perform better when we have full-time hourly employees involved," he said.

McAdam declined to give specifics on the internal surveys but said the decline was "enough to make a decision." Beyond the first year of the regulation, however, the company said it still needs to see how costs and other factors play out to determine what its workforce will look like in following years.

For now, about 75 percent of the company's 185,000 employees are part-timers. The exact mix in the future "will depend on how the business goes," McAdam said.

Under the new health care law, companies with 50 or more workers could be hit with fines if they do not provide basic coverage for full-time workers and their dependents. Starting Jan. 1, those penalties and requirements could significantly boost labor costs for some companies, particularly in low-wage industries such as retail and hospitality where most jobs don't come with health benefits.

Darden isn't alone in considering changes to its workforce as a result. CKE Restaurants, which owns Carl's Jr. and Hardee's fast-food chains, has said it plans to employ more part-time workers. McDonald's Corp., the world's biggest hamburger chain, has also noted that it was reviewing factors that impact its health care costs, including its number of full-time employees.

And earlier this month, Papa John's CEO John Schnatter wrote a column in the Louisville Courier-Journal after making comments that suggested business owners could find "loopholes" to get around the requirements, such as cutting hours. Following negative feedback, Schnatter's column clarified that it was a move he believed franchise owners and other small businesses would make, rather than the Papa John's as a company.

Darden's test began in February in four markets, although the company declined to say how many restaurants were involved. It included hiring more part-time workers and replacing full-time workers who left with part-time workers. In other cases, managers were told to ensure part-timers were given no more than 30 hours of work a week.

Darden's problems run deeper than the bad publicity related to the test, however. The company has been working to boost sales and attract customers at its flagship Olive Garden and Red Lobster restaurants, in part by putting a greater emphasis on value and updating menus. But on Tuesday, it noted that its recent promotions again failed to resonate with customers, and warned that it expected revenue at restaurants open at least a year to fall by 2.7 percent in its fiscal second quarter. The metric is a key gauge of health because it strips out the impact of newly opened and closed locations.

Beyond health care costs, Darden has made cutting labor costs a priority in recent years. In the most recent fiscal quarter, the company's restaurant labor costs were 31 percent of sales. That's down from 33 percent three years ago. The reduction has been driven by several measures.

Last year, for example, the company put workers on a "tip sharing" program, meaning waiters and waitresses share their tips with busboys, bartenders and other employees. This allows Darden to pay more workers a far lower "tip credit wage," rather than the federal minimum wage of $7.25 an hour. Servers at Red Lobster also now handle four tables at a time, instead of three.

Andy Barish, a Jefferies analyst, on Wednesday cut his rating on Darden to "Hold" from "Buy," noting that the company's efforts to boost traffic have fallen flat. Sterne Agee analyst Lynne Collier backed her "Buy" rating but cut her price target by $8 to $55, attributing the company's weak second-quarter guidance to tough economic conditions and promotion-related mistakes. But at this point, she said the bad news is already reflected in the company's stock price.

Though Darden in part blamed negative publicity for the lower outlook for the year, it noted that the impact was hard to quantify. In the meantime, the company is hoping its assurances that its current full-time employees won't have their status changed in 2014 will allay customers' concerns and anger.

"In the midst of all the uncertainty, we thought it was important to say something declarative," McAdam said.