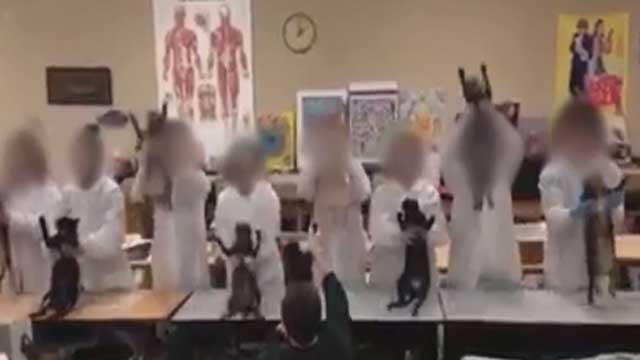 OKLAHOMA CITY -- An Oklahoma City high school criticized over a video that shows former students puppeteering dead cats to a well-known jingle will end its dissection of the felines.

Harding Charter Preparatory High School Assistant Principal Mylo Miller said Thursday that educators are working to determine what will replace the anatomy class exercise and dissection of a different animal hasn't been ruled out.

People for the Ethical Treatment of Animals criticized the school earlier this month over a YouTube video showing nine students moving the dead felines in synchronized form to the Meow Mix cat food commercial jingle. School officials say the video was made in 2013 and that the teacher responsible for the students was disciplined.

Miller says the issue has distracted from the school's successful college placements and other academic accolades.

"I think it was students who made a mistake and hopefully they'll learn from it," Harding Charter Principal Justin Hunt told CBS affiliate KWTV last month.

Hunt said the school had been contacted by foreign media outlets and educators who were outraged by the video.