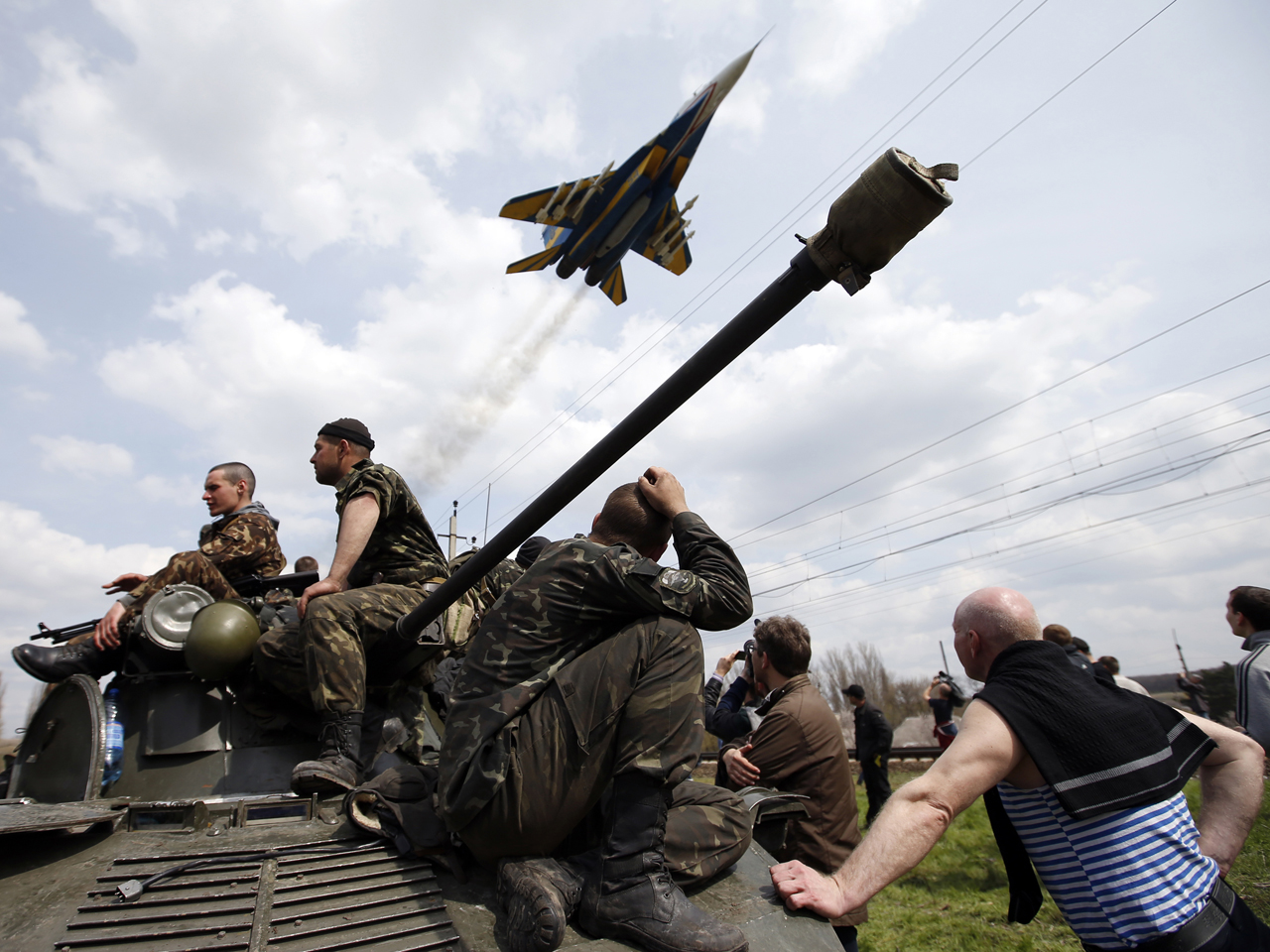 The price of oil approached $105 a barrel Wednesday as concerns grew over the crisis in Ukraine, which took military action against separatists in its east. Gains were temporarily tempered by slower Chinese growth.

By early afternoon in Europe, benchmark U.S. crude for May delivery was up $1.04 at $104.79 a barrel in electronic trading on the New York Mercantile Exchange. On Tuesday, the Nymex contract closed 30 cents lower.

Brent crude, a benchmark for international varieties of crude, was up 76 cents at $110.12 a barrel on the ICE Futures exchange in London.

Officials from the U.S., Russia, Ukraine and the European Union are set to meet in Geneva on Thursday for negotiations aimed at persuading Russia to back off in Ukraine following its annexation of Crimea.

Failing that, EU leaders could meet as early as next week to decide on tighter sanctions on Russia, a major producer of oil and gas that has blamed with fomenting unrest in eastern Ukraine. Russia is a major energy supplier to Europe.

"The increasing tensions between the West and Russia over Ukraine could provide further upside momentum to the oil market, supporting crude oil prices higher," said Myrto Sokou of Sucden Financial Research in London.

Briefly offsetting the crisis in Ukraine, data released Wednesday showed China's economy grew 7.4 percent in the first quarter. That was the slowest pace of expansion since the third quarter of 2012, but slightly higher than the average of analyst forecasts. A slump in China's growth could reduce demand for crude.

Expectations of rising U.S. crude oil stockpiles also put a cap on prices. Data for the week ending April 11 is expected to show an increase of 2.4 million barrels in crude oil stocks, according to a survey of analysts by Platts.

In other energy futures trading in new York: