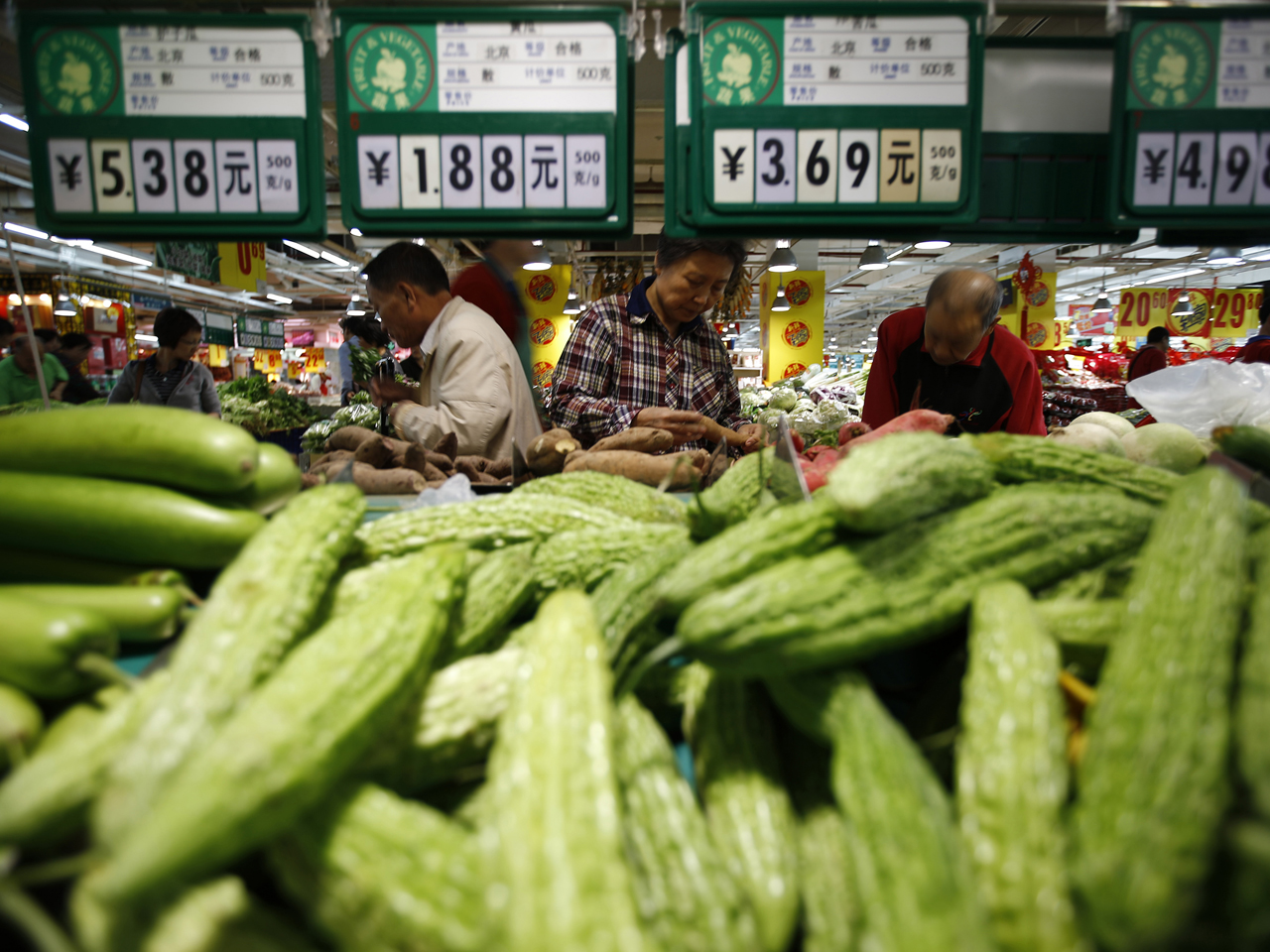 BEIJING - China's economic growth slowed further in the latest quarter but appeared strong enough to satisfy Chinese leaders who are trying to put the country on a more sustainable path without politically dangerous job losses.

The world's second-largest economy grew by 7.4 percent over a year earlier, down from the previous quarter's 7.7 percent, government data showed Wednesday. It matched a mini-slump in late 2012 for the weakest growth since the 2008-09 global crisis.

Beijing is trying to guide the impetus for China's economic growth toward domestic consumption instead of trade and investment following the past decade's explosive expansion. The top economic official, Premier Li Keqiang, last week ruled out new stimulus and said leaders will focus on " sustainable and healthy development."

"Chinese growth held up better than expected last quarter and there are signs that downwards pressure on growth has eased somewhat," said analyst Julian Evans-Pritchard of Capital Economics in a report.

Asian stock markets rose, with investors relieved the slowdown wasn't as severe as some analysts had forecast.

Retail sales and factory output were weaker than in the previous quarter but improved in March. On a quarter-to-quarter basis, economic growth from January to March slowed to 1.4 percent from the previous period's 1.8 percent.

The data reflect official efforts to shift emphasis from industry to services such as restaurants and retailing that generate more jobs with less investment.

"The resilience of the relatively labor-intensive services sector has helped the labor market hold up reasonably well," said RBS economic Louis Kuijs in a report.

The latest growth is below the official annual target of 7.5 percent announced last month. But Chinese leaders appear willing to miss that target so long as the economy creates enough jobs to avoid potential unrest. In a sign of concern about employment, they launched a mini-stimulus in March of higher spending on building railways and low-cost housing.

"Policymakers appear comfortable with the current pace of growth," said Pritchard. "The policy response to today's numbers is likely to be muted."

The quarterly expansion matched the third quarter of 2012, when growth tumbled after global demand for China's exports weakened unexpectedly while the government was tightening lending and investment controls to cool surging inflation.

The past decade's rapid growth, which peaked at 14.2 percent in 2007, was driven by an export boom and spending on factories, apartment towers and other assets. But that model is losing its ability to drive growth. It also left China with badly polluted air and water.

Chinese leaders have promised sweeping changes to make the economy more competitive and efficient, including opening more industries to private and foreign competitors.

They have issued a steady drumbeat of minor changes in recent months such as making it easier to register a business but more basic change such as in the state-controlled banking system is politically fraught and could take years.

Last year's economic growth of 7.7 percent was the strongest of any major economy but tied 2012 for China's slowest expansion since the 1990s.

Weaker growth could have global repercussions, hurting Asian economies and others such as Australia and Brazil for which China is the leading market for iron ore, other commodities and industrial components.

Chinese imports suffered an unexpectedly sharp contraction of 11.3 percent in March in a sign of weak demand for raw materials in manufacturing and construction.