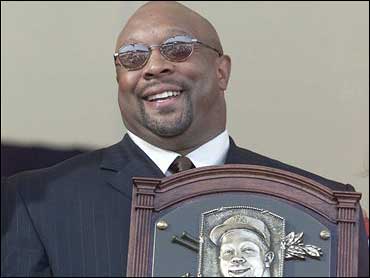 Ohio State football coach John Cooper agreed to a contract extension through the 2004 season Friday that will pay him at least $1.1 million annually.

"It is very gratifying to know that I'll be able to finish my coaching career here at Ohio State," Cooper said in a statement.

The 62-year-old Cooper will make a base salary of $200,000. Money that Ohio State receives from radio, television, Nike and camps raises the total package to $1.1 million per year. He has been working under a contract signed in 1995 that earned him about $750,000 a year.

"We have challenged for a national championship two out of the last three years and I want to keep the coaching team together that has done that," athletics director Andy Geiger said.

Other college coaches thought to earn at least $1 million include Florida's Steve Spurrier, Penn State's Joe Paterno, Rick Neuheisel at Washington and R.C. Slocum at Texas A&M. This week, Florida State's Bobby Bowden agreed to a deal that will pay him $1.5 million a year.

Cooper's new agreement is retroactive to March 1 and effective until Feb. 29, 2004. After March 1, 2002, Cooper and Ohio State agree to renegotiate the existing contract.

Cooper, in his 12th year at Ohio State, is the second-winningest coach in Ohio State history with a 100-35-4 record. The Buckeyes have finished second in the country two of the last three seasons.