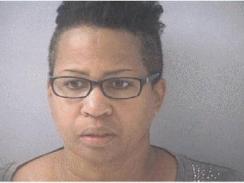 (AP) CINCINNATI - An Ohio couple who authorities say returned their 9-year-old adopted son to the county after raising him since infancy have been charged with abandoning the child.

Cleveland and Lisa Cox of Liberty Township, north of Cincinnati, were each indicted Wednesday on a misdemeanor count of nonsupport of dependents. The charge accuses them of recklessly abandoning or failing to provide adequate support for the boy they turned over to Butler County Children Services last month.

"When you are the parent and you recklessly abandon a child or children, there are criminal consequences," Gmoser said. "These children don't have a return-to-sender stamp emblazoned on their forehead."

Adolf Olivas, an attorney appointed by the court to protect the child's legal interests, told the Hamilton-Middletown Journal-News that the parents said the boy has aggressive behaviors and would not agree to get help.

The child is hurt and confused and doesn't understand what is happening, Olivas said.

"If your 9-year-old needs help, you get him help," Olivas told the newspaper. "It is not a question of a 9-year-old wanting it or not."

The Coxes could face up to six months in jail and a $1,000 fine if convicted of the first-degree misdemeanor.

"This is not about somebody who can't pay to support the child," the prosecutor said.

"These are the only parents he has ever known, Gmoser said. "What do you think happens at night when he goes to sleep and doesn't have his brothers around or someone to talk to he has known for nine years?"

Gmoser confirmed the Coxes have other children.

Benjamin Johnson, a spokesman for the Ohio Department of Job and Family Services, said such cases are rare.

A Tennessee woman who ended her adoption of a 7-year-old Russian boy by putting him on a plane to Moscow by himself in 2010 lost her bid this year to keep from paying $150,000 in child support. Criminal charges were not filed against the woman, but the Seattle-based adoption agency sued her for support. She had pinned a note to the boy saying he had violent behavior problems and she no longer wanted to be his mother.

The sheriff's office did not immediately return calls on whether the warrant had been served.