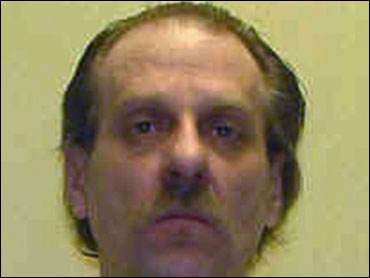 A former truck driver from Oregon who went on a multistate killing spree was executed Tuesday for murdering an Ohio man who gave him a ride in February 1991.

John Fautenberry, 45, was pronounced dead at 10:37 a.m. at the Southern Ohio Correctional Facility, about two hours after the U.S. Supreme Court denied a request to delay his execution on a claim that he had brain damage.

He was sentenced to death for killing Joseph Daron Jr., 46, who picked up the hitchhiking Fautenberry east of Cincinnati. Court records show Daron pleaded for his life before Fautenberry shot him and threw his body into a wooded area near the Ohio River.

Fautenberry gave up his right to a trial by jury in Cincinnati and pleaded no contest in July 1992 to two counts each of aggravated murder and grand theft and one count of aggravated robbery in Daron's death.

Fautenberry also confessed to killing four people in Alaska, Oregon and New Jersey over five months in late 1990 and early 1991.

In New Jersey, Fautenberry was convicted of manslaughter for killing fellow trucker Gary Farmer and received a life sentence.

In Alaska, Fautenberry pleaded guilty in the March 1991 fatal stabbing of Jefferson Diffee of Juneau and received a 99-year sentence.

Fautenberry confessed to shooting two people in the head in Oregon. Donald Nutley, whom Fautenberry met at a truck stop, was shot dead after the two went target shooting in November 1990. Christine Guthrie, a Portland bank teller, was killed in February 1991 after Fautenberry returned to the state from Ohio.

His Ohio defense attorney, Dennis Sipe, had argued that the state should pay a neuropsychologist to examine Fautenberry, whose last mental exam was 13 years ago. Sipe contended that Fautenberry should not be executed because he has brain damage from a childhood accident and from an injury while serving in the U.S. Navy.

Ohio has put 30 men to death since it reinstated the death penalty in 1999. Wilson is the first inmate executed in Ohio since June 3.