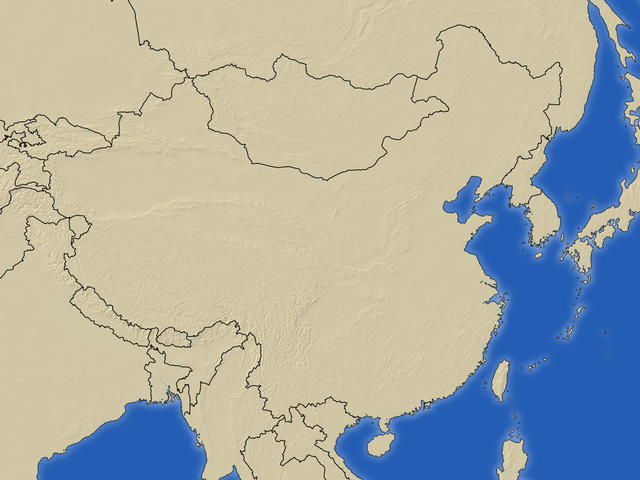 It's trendy to buy local or to ask where your favorite restaurant sources its fish. It's cool to know if the cheese you bought at the farmer's market was made within a 50 mile radius. But how often do you stop to wonder where your fast food chicken sandwich or the chunks of chicken in your soup come from?

In a country where every item of clothing has a "made in" label, allowing you to know exactly what you are putting on your body everyday, we have no standard for knowing the starting point of the stuff we put in our bodies. And now, even if you do know where a chicken was raised, you'll have no way of knowing where it was sent for processing.

The United States Department of Agriculture (USDA) quietly announced on Aug. 29 that it has lifted the ban on processed poultry imports from China.

As the New York Times first reported, the products will be offered without a country-of-origin label. The chickens will still be raised in the U.S., Canada or Chile (the only countries approved by the USDA), but can be processed in China because USDA Food Safety and Inspection Service (FSIS) auditors have approved four Chinese poultry plants to start exporting processed poultry to the U.S.

If the auditors determined that China's system produced "products that are safe, wholesome, unadulterated and properly labeled," they would recommend lifting the ban on processed poultry imports from China to the U.S. that had been in place since December 2010, when a previous audit revealed that the country was not in compliance with U.S. standards.

The problems identified in 2010 centered on quality control. The auditors did not think the poultry plant workers were properly trained, which led to increased risks of poor sanitation and microbiological hazards. The plants also lacked a proper Hazard Analysis and Critical Control Point (HACCP) system, and they did not uniformly test for microbiological contamination. One of the main concerns was that the HACCP and microbiological testing systems did not directly address Salmonella or Listeria contamination.

In the March 2013 audit, the FSIS sought to determine if the Chinese government provides sufficient, consistent oversight at poultry plants that are deemed eligible to export to the U.S. They created mock situations to test the plant personnel and quizzed supervisors to see if they are now properly trained on the reformed HACCP, how to test for Salmonella and Listeria, and what to do in the case of contamination.

By the end of the inspection, China was given the green light to certify poultry plants that will then export processed poultry to the U.S. In the subsequent report, the auditors said the Chinese government had corrected all issues that were identified in a 2010 audit.

"Because all outstanding issues have been resolved, [China] may proceed with certifying a list of establishments eligible to export processed (heat-treated/cooked) poultry products to the United States, as long as the raw poultry is sourced from countries that FSIS determined to have a poultry slaughter inspection system equivalent to the U.S. system," the report authors wrote.

The imported processed poultry will be labeled with country of origin when it reaches U.S. shores, but individual companies get to decide if they will label individual products, FSIS spokeswoman Arianne Perkins told CBSNews.com.

Not offering a country-of-origin label leaves consumers in the dark, with no way of knowing if they are eating a product that comes from a country that has recently seen a series of food safety scandals, like China, where there was a recent outbreak of H7N9 bird flu virus in fresh meat markets.

The industry publication World Poultry questioned whether the change in legislation would eventually lead to Chinese-bred raw poultry working its way into the U.S. market.

"It is thought ... that the government would eventually expand the rules, so that chickens and turkeys bred in China could end up in the American market. Experts suggest that this could be the first step towards allowing China to export its own domestic chickens to the U.S.," a World Poultry analyst wrote.

Perkins said that raw poultry import is audited through a different audit team, and not related to the processed audit.

The decision to approve import from four poultry processing plants is the latest chapter in a decade-long saga between the U.S. and China. In 2003, China banned U.S. beef exports after a Washington state cow was diagnosed with mad cow disease. The next year, the U.S. banned imports of Chinese poultry after the bird flu virus breakout. China challenged the decision, and the World Trade Organization sided with China in 2010.

Perkins said that the USDA cannot say with certainty when processed poultry from China will start appearing on the American market.

Even though the audit has been done, they still have to certify certain establishments that can export to the U.S.," she explained. Authorities are still confirming what plants will be certified.

Processed poultry is currently imported to the U.S. from five other countries, including Canada, Chile, France, Israel, and Mexico. Imports from Great Britain are currently suspended.