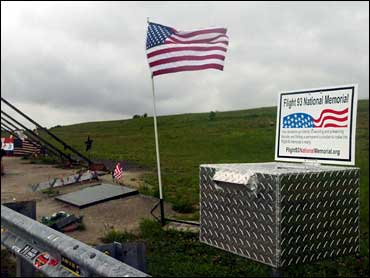 Officials are pledging to have a memorial to the 40 passengers and crew killed on United Flight 93 built and dedicated at the western Pennsylvania crash site by the 10th anniversary of the Sept. 11, 2001, terror attacks.

Pennsylvania Sen. Arlen Specter and Gov. Ed Rendell, along with National Park Service officials and members of Families of Flight 93, are planning to sign a letter of commitment Friday morning in Somerset, Pennsylvania. A draft of the letter was obtained by The Associated Press.

It outlines a timeline to complete the memorial, and says ground breaking will take place in November.

A major hurdle was recently overcome with the owner of a key parcel of land at the crash site agreeing to sell it.

The plane was traveling from Newark, New Jersey, to San Francisco when it was diverted by hijackers.