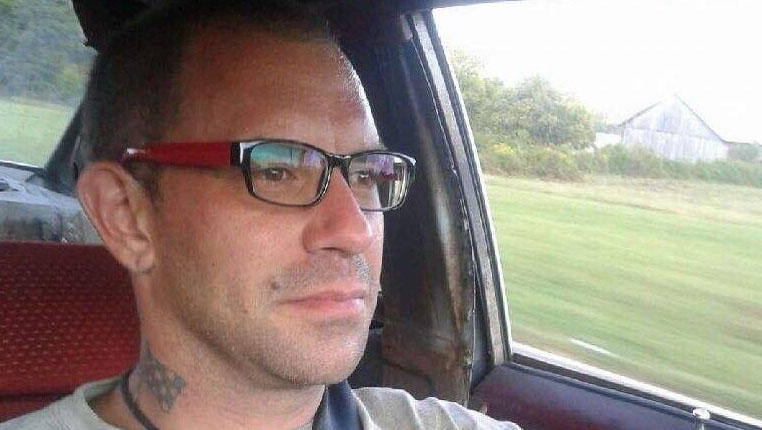 MARYVILLE, Tenn. — The Tennessee Bureau of Investigation says a man who allegedly shot a police officer was captured Saturday in Blount County. TBI says 31-year-old Ronnie Lucas Wilson, who is listed in a database as an Aryan Nations gang member, was added to its "10 Most Wanted" list on Friday.

Hours later, early on Saturday morning, police received information that Wilson was in a vacant home in Maryville. He was caught while trying to flee out a window.

Wilson was wanted by the Knoxville Police Department on a charge of attempted first-degree murder of a police officer. On Thursday, police say a Knoxville officer initiated a traffic stop on Wilson's vehicle. Wilson exited and began shooting at the officer, striking the officer once.

He was taken into custody Saturday by deputies with the Blount County Sheriff's Office, Knoxville Police and U.S. Marshals.

The News-Sentinel reports Wilson was hiding in the house with a female acquaintance, and he started a fire in the house as police were closing in. Wilson was arrested after jumping through a window.

With Wilson was 31-year-old Kristin Denise King, who officials say was with Wilson during the traffic stop in which he allegedly shot the Knoxville Police officer, Jay Williams. Williams was shot in the shoulder and has been released from the hospital.

Knoxville Police Chief David Rausch told news outlets Friday that law enforcement agencies across the state are "very familiar" with Wilson. He was convicted of aggravated burglary in 2011 and sentenced to three years in a state prison.

The Aryan Nations is the largest white supremacist prison gang in Tennessee, according to the Anti-Defamation League.