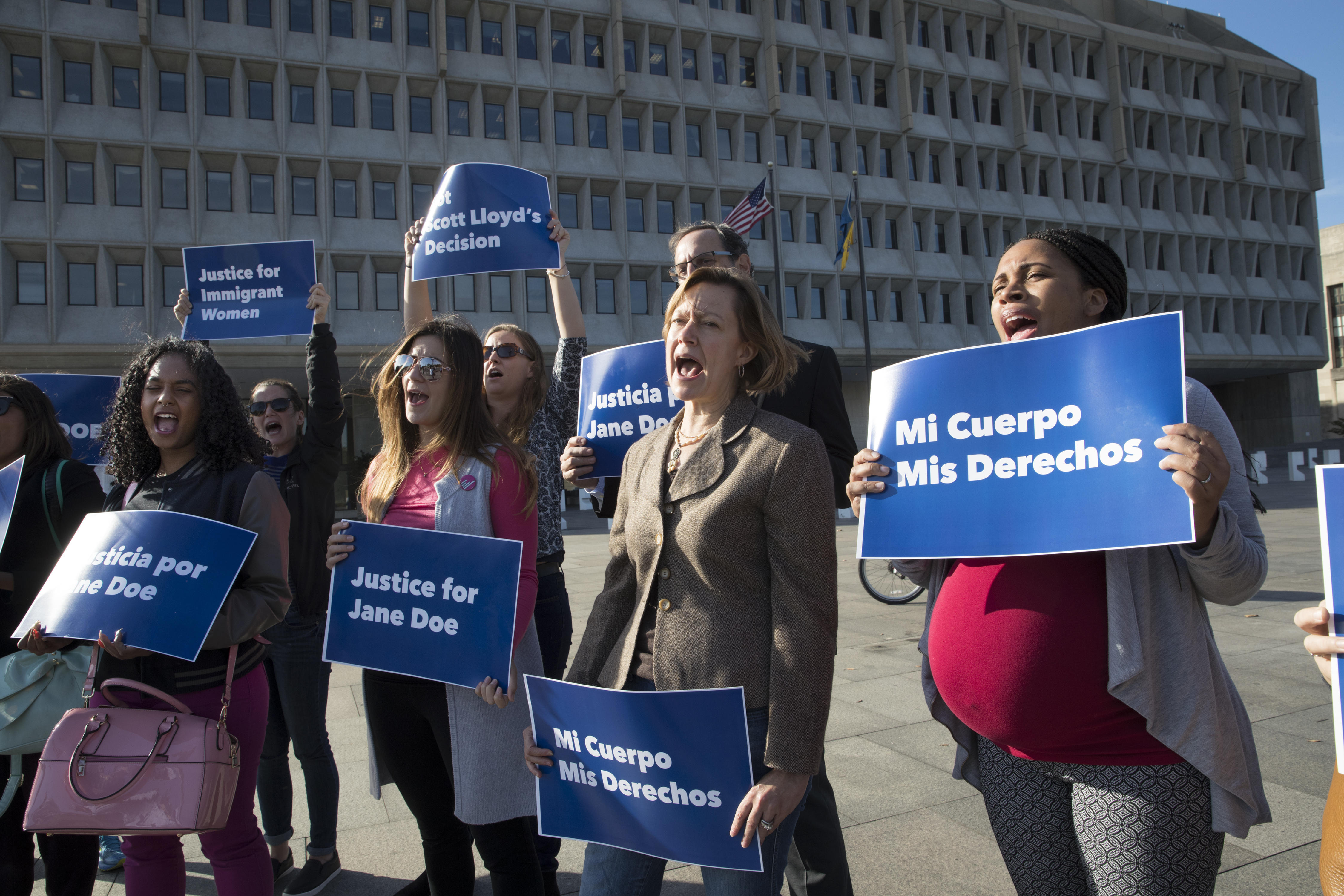 The U.S. government official whose office oversees shelters for unaccompanied immigrant minors said in testimony released Wednesday that pregnant teens in his agency's care have no right to an abortion under the Constitution.

Scott Lloyd, the director of the U.S. Department of Health and Human Services' Office of Refugee Resettlement, gave a deposition in December as part of an ongoing lawsuit over abortion access for immigrant minors. The American Civil Liberties Union, which released Lloyd's deposition, has sued the government alleging that it is unlawfully restricting minors from having abortions.

Lloyd said in the deposition that he had not approved any abortions since becoming ORR director in March 2017. That has led to several instances where the ACLU has gone to court on behalf of pregnant teens.

An immigrant teen in Texas obtained an abortion in October after a federal appeals court overruled ORR's objections. In December, a federal judge allowed two other teens to have abortions, and a fourth minor who wanted an abortion was released in January and became free to obtain one on her own.

Asked in the deposition by ACLU lawyer Brigitte Amiri whether he believed that unaccompanied minors have "no constitutional right to abortion," Lloyd replied, "Yes."

He also confirmed that he directed shelters funded by ORR to provide teens asking for an abortion with "life-affirming" counseling to encourage them to carry the pregnancy to term.

"Life-affirming options counseling does not exclude information about life-negating options," Lloyd said in the deposition. "It just affirms the life options ... the ones that involve or don't involve the destruction of life."

Emails and memos released by the ACLU show that since taking office, Lloyd spoke to one pregnant teen and offered to find her "a few good families" who would "see her through her pregnancy."

He also refused the abortion request of a teen who had been impregnated as a result of rape. He implied that abortion and rape were both forms of "violence."

Lloyd's position on whether immigrant teens have a constitutional right to abortion mirrors the arguments made by Texas Attorney General Ken Paxton, a Republican. In one court filing joined by 10 other states, Paxton's office said allowing teens in custody to have an abortion would turn Texas into a "sanctuary state for abortions."

Paxton also argued that immigrants in the U.S. illegally do not have all of the same rights under the U.S. Constitution as citizens.

Amiri, in an interview, accused President Donald Trump's administration of using "a deliberate tactic to go after the most marginalized."

The Department of Health and Human Services declined to comment.

ORR notified all shelters the same month that Lloyd took office that any abortion requests required the approval of the director unless the minor's life was in danger.

Jonathan White, ORR's deputy director, said in a separate deposition that the office's headquarters had received "about seven" abortion requests since last March. Under the Obama administration, White said, ORR only required the director's approval to end pregnancies that required federal funding outside of government policy known as the Hyde Amendment, which bars the use of government money to pay for any abortion not caused by rape or incest or that endangered the life of the woman.

Lloyd previously worked for the Knights of Columbus, which opposes abortion, and has written extensively about his own opposition to abortion.

In refusing all abortions, ORR is separating itself from U.S. Immigration and Customs Enforcement, which allows adult women in its custody to have abortions. ICE assumes the costs of any abortion if the pregnancy was caused by rape or incest.