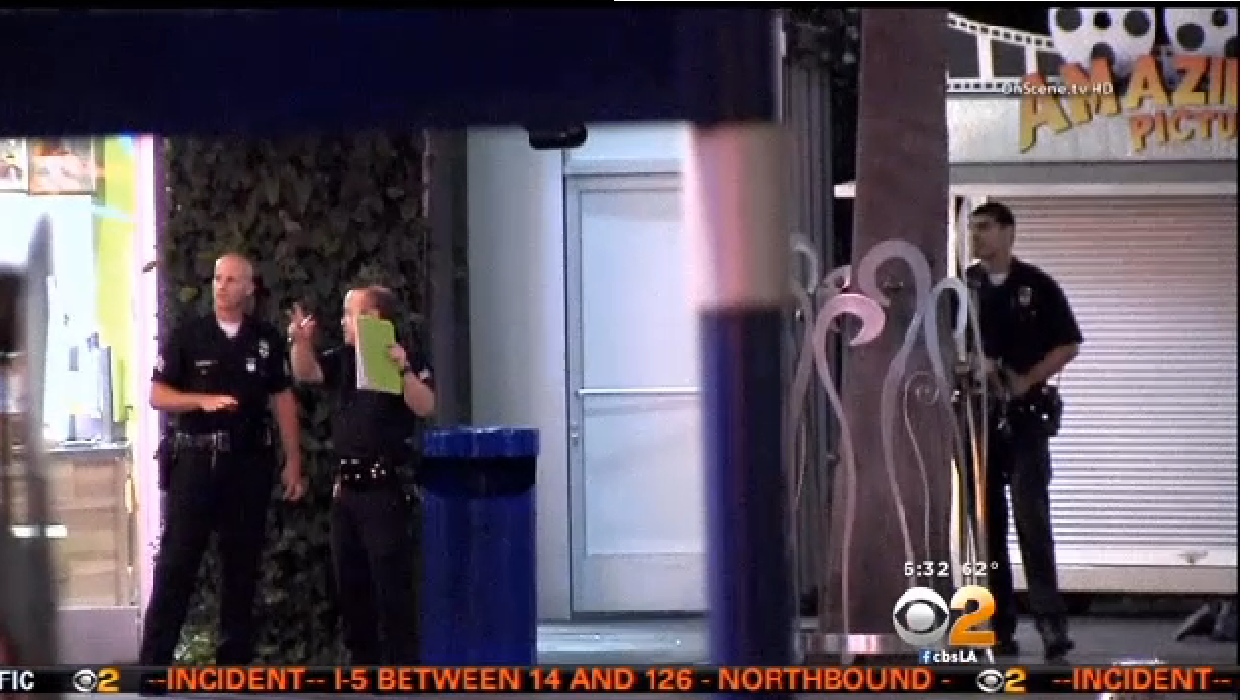 LOS ANGELES - Los Angeles police say officers shot and killed an armed suspect after gunfire broke out near a nightclub at the Universal CityWalk entertainment complex.

Sgt. Barry Montgomery says the shooting happened around 1:15 a.m. Monday in a common area outside the Infusion Lounge at the popular complex in North Hollywood.

Montgomery says officers responding to a call of a disturbance at the club arrived and heard gunshots. He says they spotted a suspect with a handgun and opened fire, striking the man and killing him.

Authorities say two people fleeing the melee were injured and taken to hospitals.

Witnesses say someone began shooting after a fight broke out at the club, which was hosting a DJ competition.

"I was Dj-ing and a lot of guys were rumbling and fighting and of course, you know, they start throwing bottles and this escalated and gunshots rang out," a DJ at the club told CBS Los Angeles.

Investigators recovered a handgun at the scene.