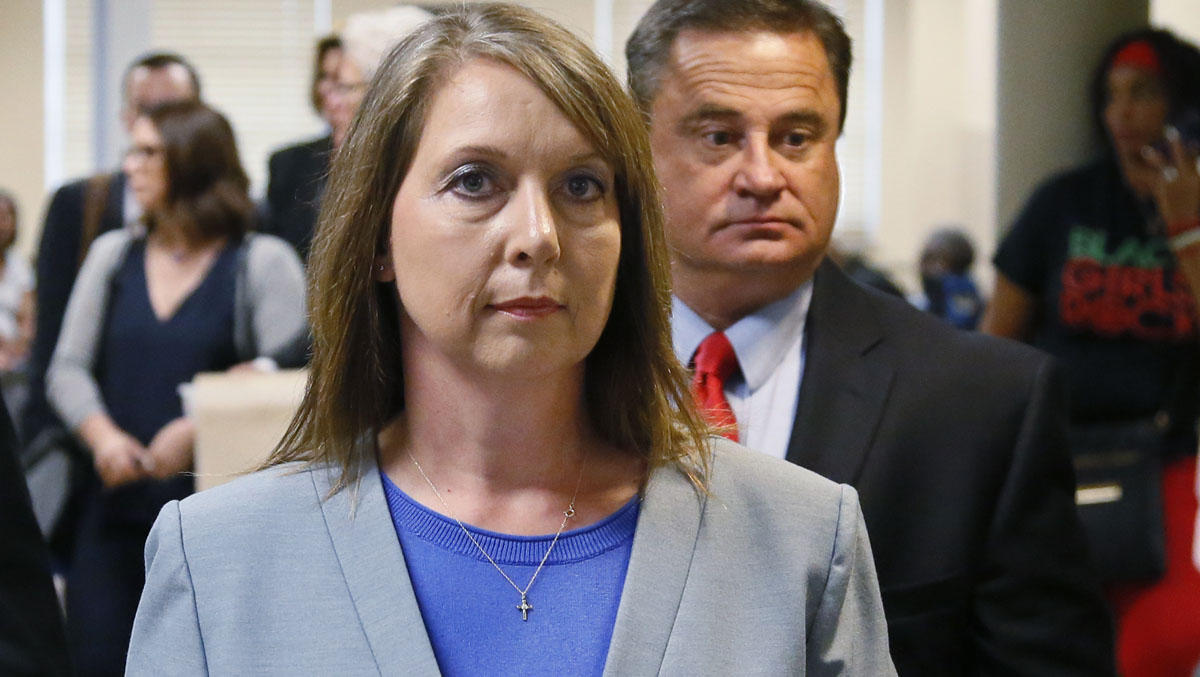 TULSA, Texas — The Tulsa County Sheriff's Office is drawing protests for a training class it's sponsoring to be taught by a white former police officer acquitted in the fatal shooting of an unarmed black man.

Betty Shelby resigned from the Tulsa Police Department after her acquittal last year in the 2016 shooting of Terence Crutcher. Shelby killed 40-year-old Terence Crutcher on a city street where his SUV had stalled. The video taken of Crutcher's shooting by a dashboard camera and helicopter shows Crutcher walking away from Shelby toward his SUV with hands above his head.

Now a patrol officer for the Rogers County Sherriff's Office, Shelby will teach a "critical incident" class Tuesday for the Tulsa County sheriff.

CBS affiliate KOTV reports the class is called "Surviving the Aftermath of a Critical Incident."

Rogers County Sheriff Scott Walton says the class focuses on how to cope with the aftermath of an officer-involved shooting. Walton says such incidents are becoming more frequent and carry with them more mental health and substance abuse issues.

But the Rev. Rodney Goss, who led a protest rally Monday, calls the class insensitive.

"It lacked integrity and it also lacked empathy. No one seems to really care about the family itself," Goss said. "It endorses her side of the story. It rewards her for what she has done, and it continues the narrative of her team that somehow, she's a hero in this whole picture."