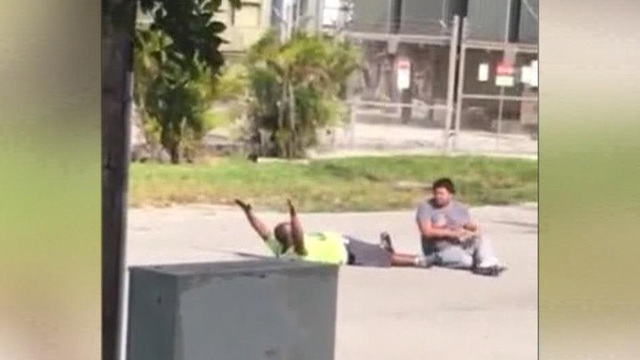 Authorities say Aledda shot Charles Kinsey in the leg July 18 as he lay in the street next to his adult client. Arnaldo Rios had walked away from the group home where he lives. Kinsey was trying to coax him back when a woman called 911 saying a suicidal man was walking down the street with a gun. Rios was actually carrying his toy truck.

A cellphone video captured events leading up to the shooting.

The police union that represents Aledda didn’t immediately have a comment.