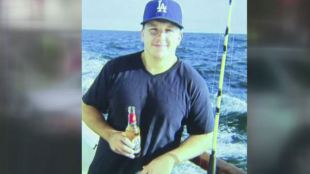 NEW YORK -- Police say at least one person has been killed after an off-duty police officer's SUV struck four pedestrians in Williamsburg, Brooklyn.

Batka was arrested on charges including manslaughter, vehicular manslaughter and driving while intoxicated.

Magoolaghan said two women and two men, all believed to be in their 20s, were struck. Police say a man at Bellevue Hospital was dead while at least one other person was seriously injured.

Witnesses said they had the SUV surrounded and were shocked to see Batka allegedly try to use the fact he's an officer to get away, CBS New York reported. The deadly crash was just hours before Batka was scheduled to work at 7 a.m.

"So I saw this guy pass by me in a really bad speed, zigzagging and soon as he turned he jumped on the sidewalk," Uber driver Shakeel Shabbi told CBS New York. "I'm a strong man but I was shaking like a leaf. That's the worst thing I've ever seen... Never want to see that again in my life."

Another witness told 1010 WINS that it was the most horrific thing she'd ever seen with bloody bodies on the ground and one victim who "looked like a chainsaw had been taken to his knee."