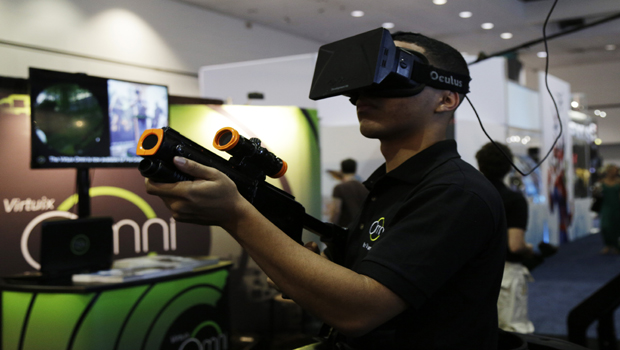 The much-hyped Oculus Rift virtual reality headset finally became available for pre-orders today -- but the company's website couldn't seem to handle the initial rush. Social media quickly filled up with complaints about the site crashing and orders failing to go through.

Oculus, which is owned by Facebook, announced in a blog post that the VR devices will sell for a starting price of $599. It said the first shipments are scheduled for March 28, but some customers will have to wait until at least May to receive units ordered today.

Because many computers are not powerful enough to run virtual reality programs and give users the fully immersive experience, the company will also offer a $1,499 bundle that includes an "Oculus ready" PC. The bundle will be available for pre-order starting in February.

CNET's Jeff Bakalar says he expected the cost to be even higher, and can't wait to get his hands on one. But his colleague Bridget Carey points out an appealing feature on Oculus Rift's biggest competitor, the HTC Vive: a built-in front-facing camera to help wearers avoid bumping into things while they're absorbed in VR videos or gaming.

"They each have their own sort of gimmick. I hate to say gimmick, but you have to right now with where VR is at," Bakalar said. "I think the Vive is the one product that's going to give the Rift a run for its money."

A tweet by Oculus founder Palmer Luckey suggested he saw positive signs in first-day demand for the new device, which is also being promoted at this week's CES 2016 consumer electronics show in Las Vegas.

Facebook CEO Mark Zuckerberg also posted an enthusiastic Facebook message about the debut of Oculus Rift. Facebook paid $2 billion to acquire Oculus in March 2014 after the promise of its virtual reality headset made a splash in its initial Kickstarter crowdfunding campaign.