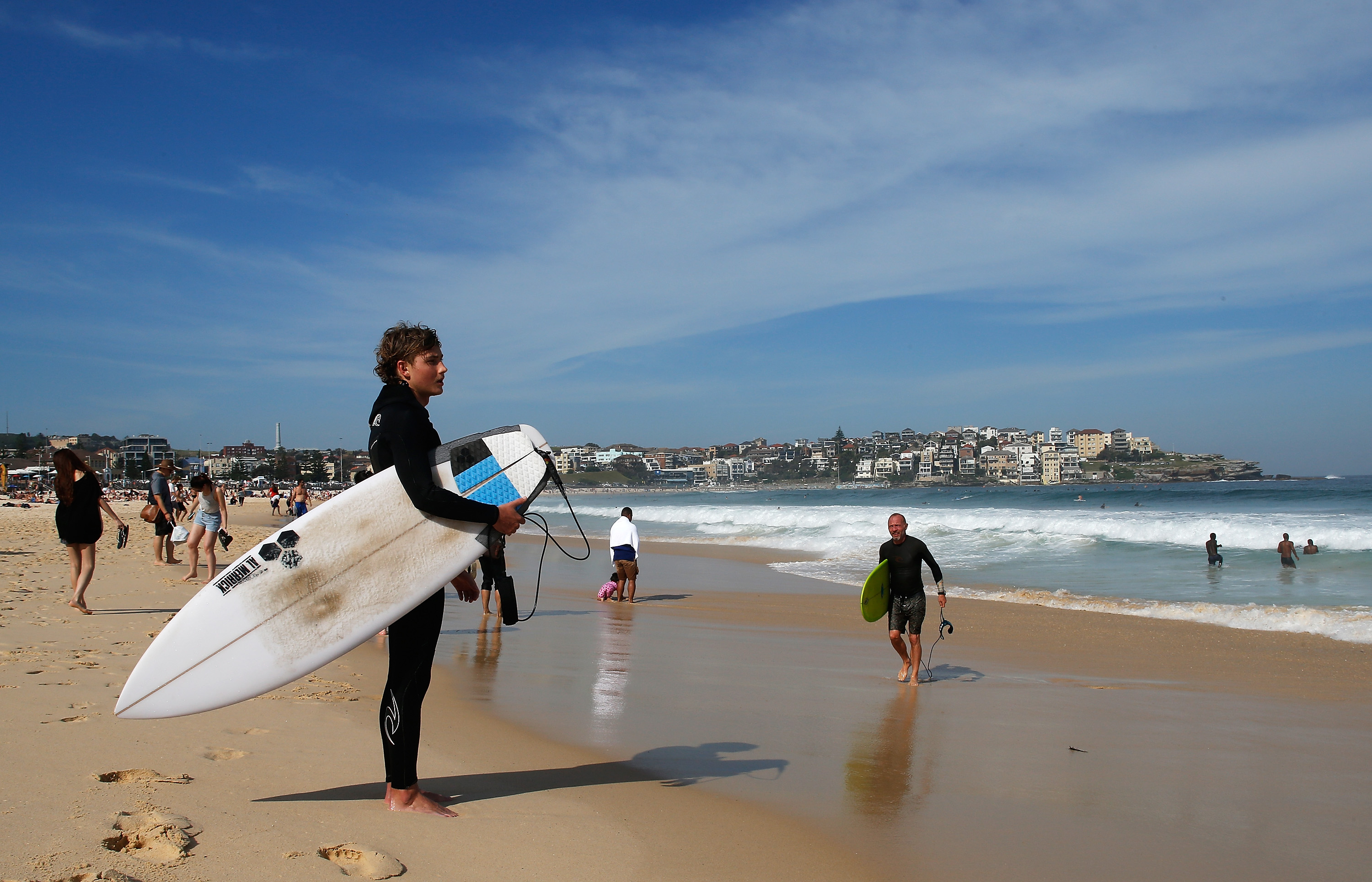 Despite a bitter U.S. cold snap, the globe is rushing hell-bent toward its warmest year on record with last month setting the fifth monthly heat record of the year.

The National Oceanic and Atmospheric Administration announced Thursday that last month was the hottest October on record worldwide. The 58.43 degrees Fahrenheit (14.74 Celsius) beat out October 2003.

"It is becoming pretty clear that 2014 will end up as the warmest year on record," said Deke Arndt, climate monitoring chief for NOAA's National Climatic Data Center in Asheville, North Carolina. "The remaining question is: How much?"

With only two months left in the year, 2014 has now surged ahead as the globe's warmest year so far, beating 2010 and 1998. So far this year, the world is averaging 58.62 degrees (14.78 degrees Celsius). If the last two months of the year are only average for the 21st century, it will still be the warmest year ever, Arndt said.

He said this year's heat is what scientists expect from man-made global warming. Scientists say the burning of coal, oil and gas traps heats, changing the climate.

This heat is being driven by incredible warmth in the world's oceans, Arndt said. The six warmest months on record for the world ocean temperatures have been the last six months. Because oceans are big and slow to change that makes it more likely the world will set a yearly temperature record, he said.

Pennsylvania State University climate scientist Michael Mann said in an email he hopes the new data will put to rest "the silly ongoing claims that global warming has 'stopped' or that there is a 'hiatus' in global warming."

The world is approaching the warmest year "in spite of the U.S. being pretty cold," Arndt said. That's because the United States is only 2 percent of the world's area and the part that's unusually cold is about 1.5 percent of the entire globe, he said.

It has been so hot in California that there is no way the year will end up not breaking the record for heat in the state, said NOAA climate scientist Jake Crouch.

This year October, September, August, June and May - five of the last six months - set global monthly heat records. April 2014 was the second hottest on record. January, March and July were fourth. February was the 21st warmest.

NASA, Japan's weather agency and the University of Alabama Huntsville satellite measuring system - which climate skeptics usually use - also called it the hottest October on record.

Texas Tech climate scientist Katharine Hayhoe said the issue isn't so much about record highs, but trends over multiple decades. Seeing the 38th consecutive October that is warmer than the 20th century average "is climate change, and we are seeing it in spades." It is also the 356th month in a row the world's temperature has been warmer than the 20th century average.

The latest weather data come just over a week before global leaders will meet in Peru to begin the arduous negotiations to limit greenhouse gas emissions starting in 2020, a decision that is expected be made at a worldwide conference in Paris next year.

After years in which the negotiations were bogged down over finger pointing between rich and poor countries, there is more optimism this time around, as the United States and China earlier this month reached a deal to tackle global warming. In its deal with the U.S., China agreed to curb its emissions by 2030, and to that end, the Chinese government this week announced limits on growth of energy consumption and said it would reduce its reliance on coal.