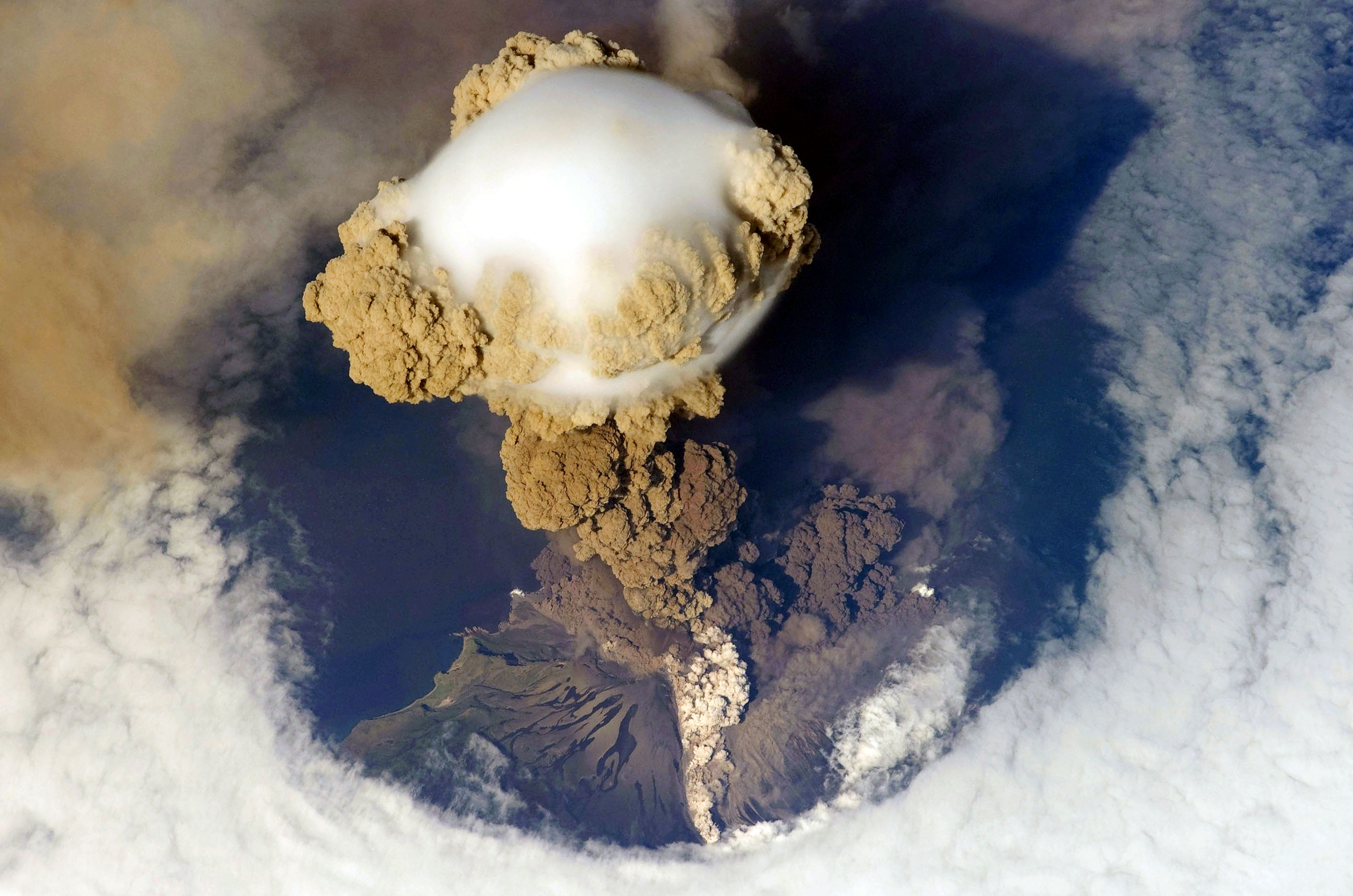 Volcanic eruptions from Iceland to Alaska may not only be messing with air travel. They could be helping slow global warming.

A new study concluded that small volcanic eruptions from 2000 to 2013 may have ejected more of the atmosphere-cooling sulfur dioxide gas into Earth's upper atmosphere than previously thought, and that they may have made a significant contribution to the slowing of global warming over the past decade and a half.

Previous research suggested minor eruptions contribute little to the cooling phenomena that has caused temperatures to level off at the end of the 20th century - a phenomenon known as the global warming hiatus. But new ground, air and satellite measurements across the globe show that the one or two volcanic eruptions each year have deflected almost double the amount of solar radiation than previously estimated.

"The effects of these smaller volcanoes is part of the solution to the warming hiatus or why the climate models didn't predict that this was going to happen," said David Ridley, an atmospheric scientist at the Massachusetts Institute of Technology in Cambridge and the lead author of the study that appears in the online version of Geophysical Research Letters, a journal of the American Geophysical Union. "These eruptions are happening all the time and they have been more frequent in the past 15 years."

Droplets of sulfuric acid, which forms when the sulfur dioxide gas belched from volcanoes combines with oxygen in the upper atmosphere, can remain for many months, reflecting sunlight away from Earth. By bouncing solar energy back out into space, sulfuric acid particles from these recent eruptions could be responsible for decreasing global temperatures by 0.05 to 0.12 degrees Celsius (0.09 to 0.22 degrees Fahrenheit) since 2000, the study found.

A slowdown in rising temperatures over the past 15 years has puzzled climate scientists and given ammunition to those who believe global warming is overhyped. Some have suggested the heat sinks deep in the Atlantic and Southern oceans were responsible while others have said that the naturally occurring, 30-year cycle in the Atlantic Ocean is behind the slowdown. Still others have said a drop in solar activity was a contributing factor.

Until now, volcanic eruptions weren't included in climate projections, since these events are nearly impossible to predict, according to Alan Robock, a climatologist at Rutgers University in New Brunswick, N.J., who was not involved in the study. Only large eruptions on the scale of the cataclysmic 1991 Mount Pinatubo eruption in the Philippines, which ejected an estimated 20 million metric tons (44 billion pounds) of sulfur, were thought to impact global climate.

The new findings may change the prevailing wisdom. "People will be putting this information into the climate models, which are used in reports to the United Nations. It is also something that needs to be taken into account when considering the warming we expect in the future," MIT's Ridley said. "Volcanic eruptions explain 50 percent of the warming hiatus. This would be combined with the effects of the sun, underestimated levels of pollution and also the heat uptake of the ocean, which also was probably underestimated."

Volcanoes these days are mostly only in the minds of travelers or those in the path of lava flows.

The 2010 eruption of Iceland's Eyjafjallajokul volcano caused a week severely disrupted international aviation, with more than 100,000 flights cancelled. And this week, Pavlof, one of Alaska's most active volcanoes calmed down after spewing ash 35,000 feet into the air over the weekend.

Pavlof Volcano began erupting Nov. 12, culminating with a major blast Saturday that lasted seven or eight hours before its seismic activity dramatically dropped. The National Weather Service warned aircraft to avoid the area over the weekend because of the ash plume.

Robock said the new study results raise the potential that volcanoes could play a larger role in the climate than previously thought. "This is part of the story about what has been driving climate change for the past 15 years," he said. "It's the best analysis we've had of the effects of a lot of small volcanic eruptions on climate."