The US stock market was down the first two days of October, which has been a month of some scary markets for investors. Sure, statistically speaking, September has actually been the worst month for stocks, but October has seen some wild rides.

There was October, 1929 and October, 1987 when stocks had single day crashes. But last year, stocks dropped by 15% in October. But it's also worth noting that October can be a turnaround month, like in October, 2002, which marked the end of the 2000-2002 bear market. 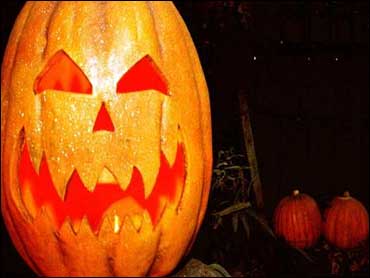 (AP)
What is it about October? According to market historians, October's financial woes date back to agrarian times, when changes in the markets could be linked to the crop cycle. During the harvest, money would leave the major banks to pay for food and grain, which in turn, put pressure on financial markets, making them vulnerable to panics.

That doesn't explain the modern October phenomenon - some pin that to earnings season. October is the month when companies report 3rd quarter earnings and perhaps of greater importance, provide their outlooks for the 4th quarter and the year ahead.

This brings us to the week ahead. The quarterly confessional should help us gauge where we are in this so-called recovery. Corporate profitability is an important measure of the economy's health - when the economy is growing, companies should make more money.

For the past couple of quarters, companies have increased profits by cutting costs, i.e. by laying off workers. Going forward, we want to see sales and increased revenues that are driven by consumer spending. When that cycle returns, businesses will start hiring again. Companies will hire only when they absolutely need to do so. That's only going to happen when consumers open their wallets and start spending.

During this earnings season, we may get some clues about the timing of employment turning. Listen to what companies say about the 4th quarter and 2010. If they're more upbeat because they anticipate a pickup in spending, that could signal a potential loosening up of labor markets. If we don't see the economy gain traction in this bottoming process, then you might start to hear chatter about a second stimulus plan.

In assessing the spookiness of this October, it's also helpful to provide context. In the big picture, while we are concerned about the jobs situation this October, we're not panic-stricken like we were a year ago. Exactly a year and two days ago, Congress approved and the President signed TARP because the consensus was that the entire financial system was on the verge of collapse. Thankfully, that's not the case this year.

As far as markets go, this October we're coming off a strong third quarter (the best for the Dow since 1998), punctuated by a good September. (Parenthetically, strong Septembers have historically boded well for October.) With all of that said, whether it's January, July or October, investors should apply the same rules:
1. Create a financial game plan
2. Be clear about your time horizon
3. Understand your risk tolerance
4. Adhere to your personal allocation, not anyone else's!

Just for good measure, keep your fingers crossed that we get through Halloween without too many market scares!