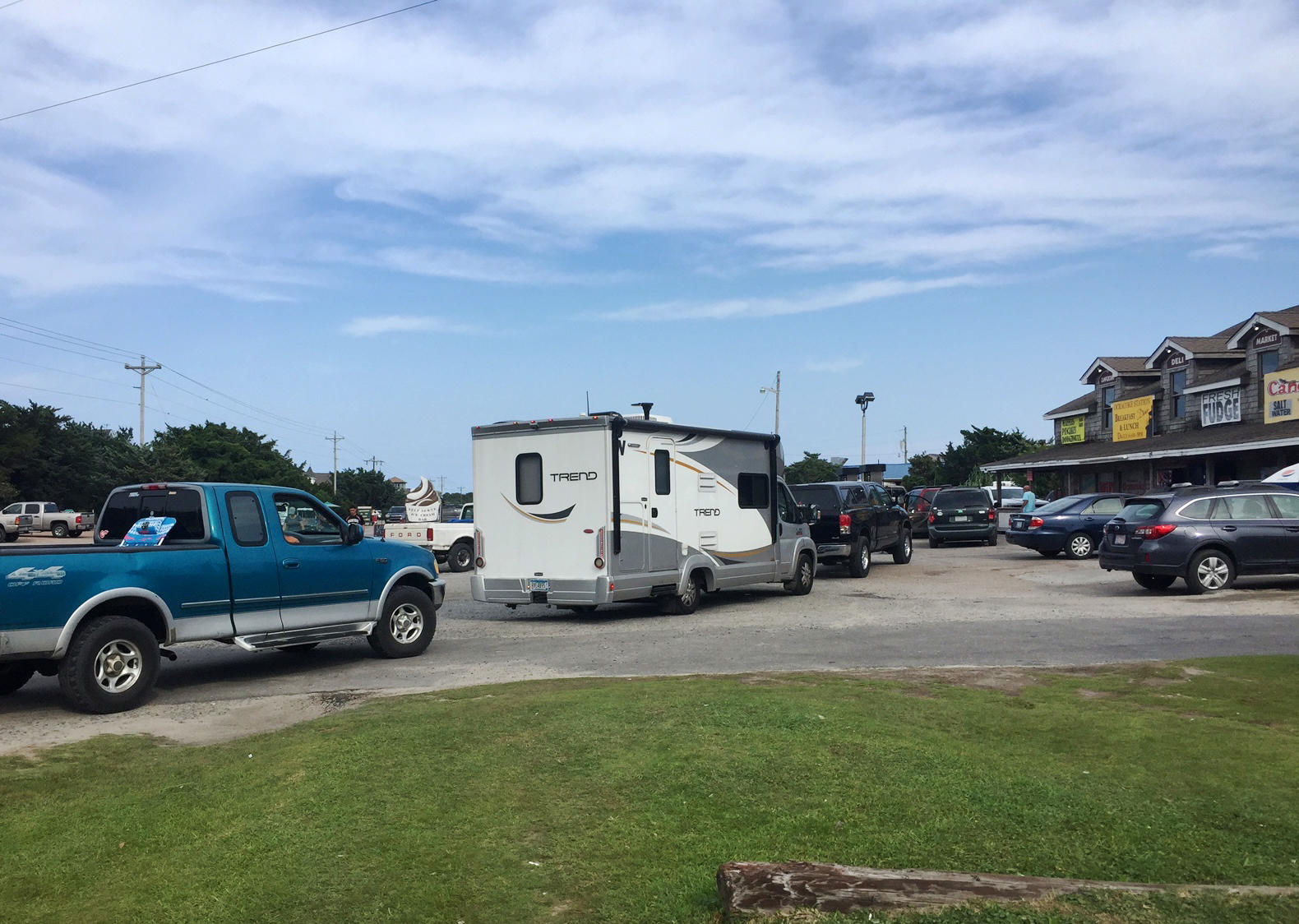 An estimated 10,000 tourists face a noon deadline Friday for evacuating an island on North Carolina's Outer Banks after a construction company caused a power outage, leaving people searching for a place to eat, stay cool or to resume interrupted vacations.

The Cape Hatteras Electric Cooperative said in a news release Thursday that PCL Construction told the utility it had driven a steel casing into an electric transmission cable while working on the new Bonner Bridge on the state's coast, inadvertently cutting off power to Ocracoke and Hatteras islands.

Officials ordered a mandatory evacuation for all visitors on Ocracoke Island effective at 5 p.m. Thursday. Hyde County public information officer Donnie Shumate said the main concern was for their safety, adding that officials want to get visitors off the island by noon Friday.

No one will be allowed onto the island unless they can prove residency, officials said.

"This declaration will allow us to move much-needed resources through the state as quickly as possible to help restore the power to Ocracoke and Hatteras Islands," Cooper said.

The N.C. Department of Transportation's Ferry Division said priority boarding is suspended for all vehicles leaving Ocracoke. Tolls will be waived for ferry trips between Ocracoke and Cedar Island or Swan Quarter.

The outage comes during peak tourist season, which runs from mid-June through Labor Day.

The Cape Hatteras Electric Cooperative said it is working to assess the extent of the damage and plan for the repair. Spokeswoman Laura Ertle said Roanoke, Virginia-based New River Electrical Corp., which erected the cable on the original Bonner Bridge in 1995, is coming to the coast to dig up the cable to assess the damage.

"Did PCL just nick one of the cables? Is it worse than that?" Ertle said. "Once they get here and put eyes on it, then we'll have a really better sense of what we're looking at in terms of repair time."

The electric cooperative said power is currently available for Buxton, Frisco and part of Hatteras Village through a diesel generating plant. The cooperative said it also would initiate rolling blackouts, but only if people turn off air conditioning units and minimize other electrical usage. Ten portable generators are being brought in, Ertle said.

Erica Plouffe Lazure was visiting Ocracoke from Exeter, New Hampshire, with a friend, but had to cut her trip short and head north to Elizabeth City. She said two restaurants on Ocracoke are using generators to stay open, but the motel she booked for her stay closed after its generator exploded minutes after it was started.

"There's a lot of hot, sweaty people here," Lazure said, adding that she tried to book a motel farther up the North Carolina coast, only to find they were either sold out or asking as much as $500 a night.

"This is a beautiful island and I waited two years to come back here because it's one of my favorite places in the world," she said. "I'm a little bummed that the power has gotten in the way, but, till next time."

Ertle sympathized with people inconvenienced by the outage.

"We know that people are spending a lot of money to come down here and they look forward to their vacation on Hatteras Island every year," she said. "We know that they're getting frustrated, but we just really appreciate their patience."