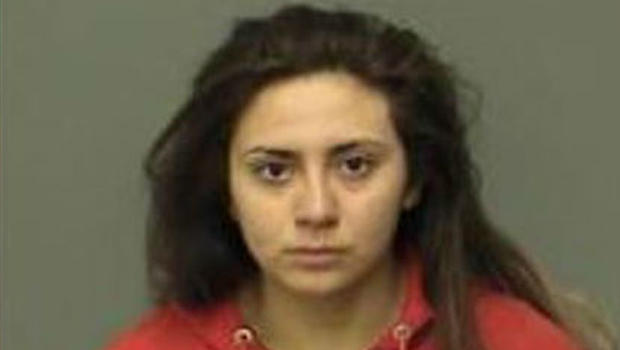 FRESNO, Calif. -- Prosecutors charged a teenage driver Wednesday with vehicular manslaughter while intoxicated and other counts after she lost control of her car while livestreaming on Instagram and recorded a crash that killed her younger sister.

The behavior of 18-year-old Obdulia Sanchez captured by the video was "disturbing and shocking," Merced County Chief Deputy District Attorney Harold Nutt said in a statement.

He did not elaborate, but the footage shows she was dancing to music while she drove and taking her hands from the steering wheel.

Prosecutors say the video will be a key piece of evidence in the case.

Sanchez was driving the car on Friday when it veered onto the shoulder of a road about 75 miles northwest of Fresno, authorities said.

She overcorrected, causing the vehicle to swerve and overturn into a field, ejecting and killing her 14-year-old sister, Jacqueline Sanchez, authorities said.

After a gap in the livestream, the driver is seen leaning over the girl's body, saying she was sorry. She said she expected to spend the rest of her life in prison but doesn't care.

Another 14-year-old girl suffered a leg injury in the crash.

The six counts against Sanchez also include drunken driving resulting in injuries. Prosecutors say Sanchez could spend more than 13 years in state prison if convicted of all the charges.

Sanchez is expected to appear in court later Wednesday. An attorney representing her could not be reached for comment.

Her father, Nicandro Sanchez, has called it an unexplainable accident.

"What I think is she knows she's done something wrong," he told Fresno television station KFSN. "She feels bad for herself, but she killed her own sister."

He said Obdulia had been in the custody of Child Protective Services the past two years.

The girl who survived the crash said she wasn't mad at anyone and doesn't blame the driver.

"It's all affected by social media. That's what life is now," Seja said. "And it's going to advance more and more. That what it's going to be about."