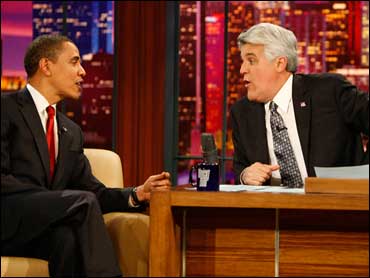 President Obama might have rolled a gutter ball on NBC's "The Tonight Show."

Toward the end of the interview on Thursday, Mr. Obama told host Jay Leno he's been practicing at the White House's bowling alley but wasn't happy with his score of 129.

Leno complimented Mr. Obama on the score, but the president quipped, "It was like the Special Olympics or something," which prompted laughter from the audience.

Deputy Press Secretary Bill Burton said the president's offhand remark was not meant to disparage the Special Olympics, only to poke some fun at the commander-in-chief's bowling skills.

"He thinks that the Special Olympics are a wonderful program that gives an opportunity to shine to people with disabilities from around the world," Burton told reporters flying back to Washington with Mr. Obama aboard Air Force One.

"The whole point was to show him in an easy, winning environment where he could kind of remind people that he was a human person," John Dickerson, Slate.com's chief political reporter, told CBS' The Early Show.

Dickerson added that the "bone-headed" remark, sullies Mr. Obama's attempt to connect with the public.

A call for comment to a Special Olympics spokesman was not returned late Thursday.

Despite making fun of his score, the president appears to be getting better the more he visits the White House lanes, which President Truman installed in 1947. During a campaign photo op a year ago at a bowling alley in Altoona, Pa., he rolled only a 37 in seven frames. The clip of the disastrous game was replayed on late night television shows such as Leno's - one of Mr. Obama's few campaign gaffes.