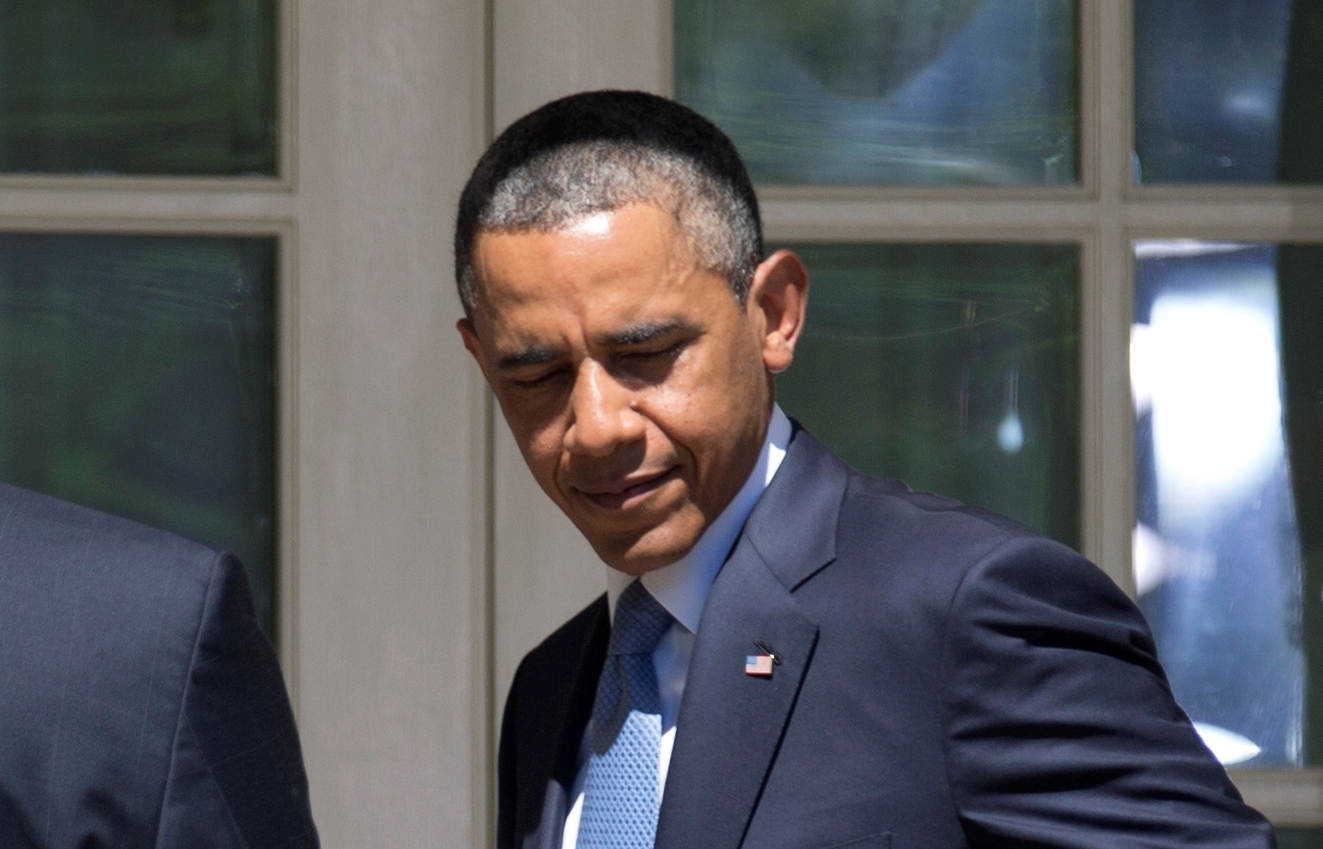 WASHINGTON There was no mistaking President Obama's irritation and even anger at the difficulty he has getting his judicial nominees confirmed by the Senate.

At a Rose Garden event Tuesday announcing his intention to nominate three individuals to the U.S. Court of Appeals for the District of Columbia circuit, Mr. Obama slammed what he portrayed as abuses in the Senate confirmation process.

He condemned as unprecedented the abuses in the confirmation process that keep his nominees from getting a prompt vote.

"For the good of the American people, it has to stop. Too much of the people's business is at stake. Our legal framework depends on timely confirmations of judicial nominees."

Mr. Obama's lament about the confirmation process is a familiar one. His predecessors of both parties have complained about similar difficulty.

"The judicial confirmation process does not work as it should," said President George W. Bush in a speech two years into his presidency.

"Nominees are too often mistreated; votes are delayed; hearings are denied. And dozens of federal judgeships sit empty, and this endangers the quality of justice in America."

"Over the years, the advice and consent clause of our Constitution has been subjected to serious abuse," said Mr. Bush in 2008. "Members of the Senate seem to embrace the advice part. It's the consent part that seems to be the problem."

Nearly a decade earlier, near the end of President Bill Clinton's term in office in 2000, he blamed the Senate confirmation process for driving him to use a recess appointment to place a nominee on the bench. "Time and again, for five years now, the Senate majority has stood in the way."

In 1991, then-President George H.W. Bush was put off by the way his Supreme Court nominee Clarence Thomas had been treated by the Senate confirmation process.

"I think I owe the people my observation and more importantly, some suggestions to improve the process," Mr. Bush told reporters when asked about the system of Advice and Consent.

Four years earlier, President Ronald Reagan went public with his laments about the confirmation process after his Supreme Court nomination of Robert Bork was rejected.

"In the last few months, the confirmation of a judicial nominee has become a spectacle of misrepresentation and single-issue politics. To allow this unprecedented practice to become the rule would jeopardize the integrity and independence of the American system of justice."

President Reagan said all Americans "have a stake in making sure that the confirmation process is never distorted like this again."

In 1958, President Dwight Eisenhower complained about getting nominees confirmed.

"If a Senate chairman wants to bottle that appointment up for a long time, you have a very difficult situation. I, for one, have not yet found a really good way to get it out of there."

As far back as 1886, then-President Grover Cleveland sent a firmly worded message to the U.S. Senate about confirming his nominees.

But he said he would not be deterred by Senate threats "that no confirmations will be made unless the demands of that body be complied with."

Cleveland might be amused or shocked that more than 125 years later, U.S. presidents are still engaged in the same conflict with the Senate.