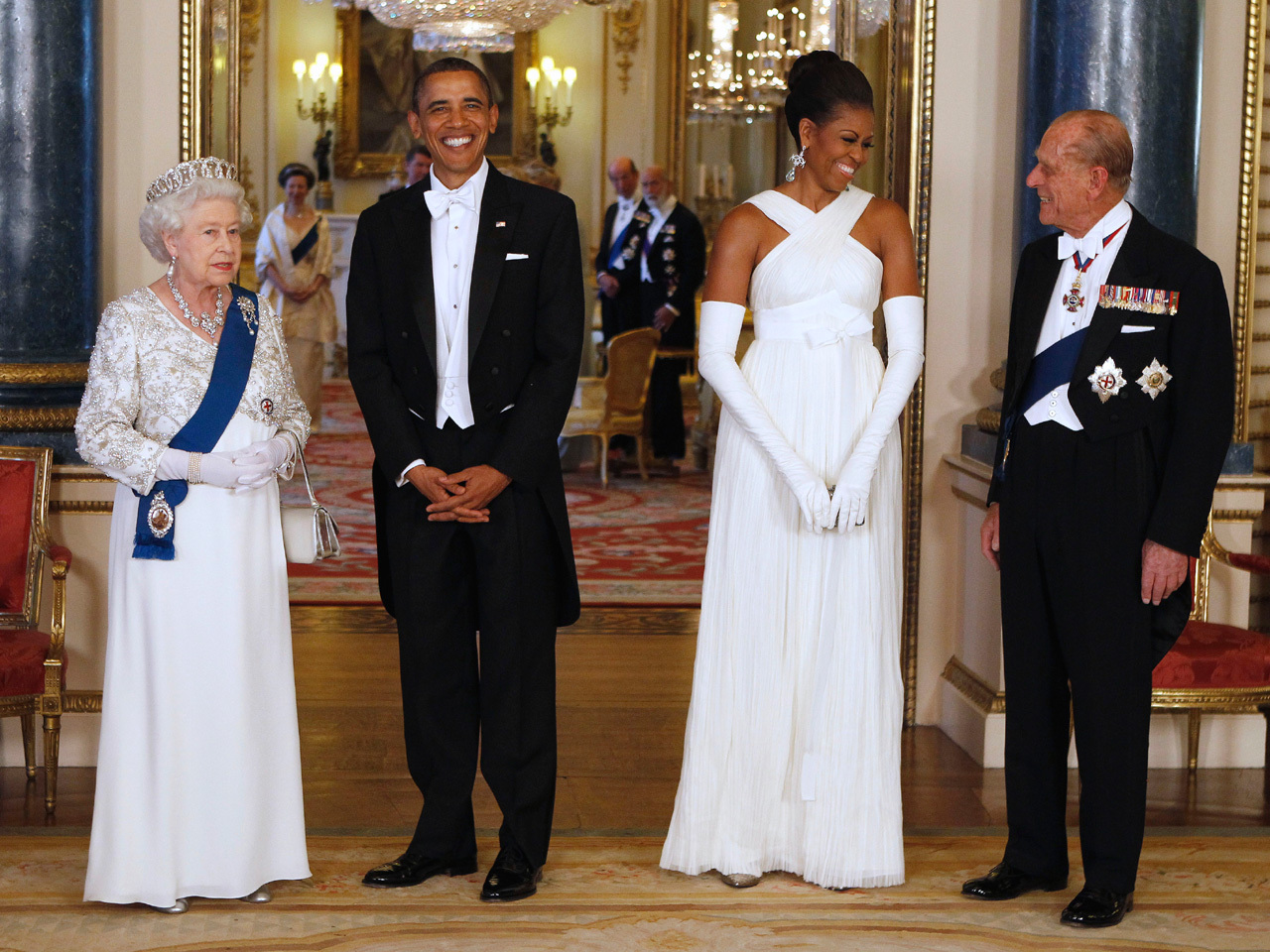 The first lady wore a white gown by American designer Tom Ford, which she paired with white gloves and long drop earrings. Mr. Obama donned a tuxedo with a white bow tie and an American flag pin on his lapel.

The china used at the gala reportedly dates as far back as 1787. Some were made for Queen Victoria, (sweet plates in 1876) while other pieces are a bit older (green sevre- soft paste porcelain made for Louis XVI in the 1790s).

Guests will dine on a menu that includes new season lamb, roasted potatoes and a vanilla charlotte, along with a variety of wines (scroll down for the full menu).

Seated at the president's table are Mrs. Obama, the Queen, Prince Philip, Prince Charles, The Duchess of Cornwall, Clinton and Cameron, with the monarch and Mr. Obama at the head of the U-shaped table.

The queen opened the dinner by recalling fond memories of her earlier meetings with the Obamas.

She added that the U.S. and Britain in most cases see world problems in the same light, and that the U.S.-U.K relationship is - in her words - "tried, tested and, yes, special."

Here is the full banquet menu for the dinner: