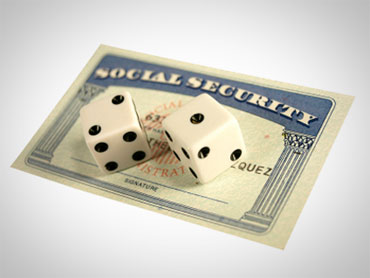 House Majority Leader Steny Hoyer said today that Congress will not pass a traditional budget resolution this year because long-term deficit questions are better left to President Obama's bipartisan deficit commission, an 18-member panel charged with creating a plan to bring down the deficit to 3 percent of the economy by 2015.

"It isn't possible to debate and pass a realistic, long-term budget until we've considered the bipartisan commission's deficit-reduction plan, which is expected in December," he said. "I believe that Congress must take up and vote on that plan."

To the Democratic Party's liberal base, however, the majority leader's full-throated endorsement of the deficit commission is simply confirmation that the president and Congress are seeking to scale back Social Security and Medicare -- and avoid accountability by ceding responsibility to an unelected group.

Liberal activist David Swanson, who runs the site Democrats.com,attended Hoyer's speech this morning to protest the prospect of seeing Social Security benefits cut while Congress continues to fund the Afghanistan war. He characterized Hoyer's statements this way: "We're going to wait for the guy [Mr. Obama] whose constitutional responsibility is to execute the will of the Congress to tell us what to do."

Opposition to Mr. Obama's deficit commission has reached a fever pitch among liberal activists, who have even adopted some of the most notorious rhetoric conservatives used during the health care debate to relay their concern. Two of Mr. Obama's own presidential campaign and transition team members last month penned an article entitled, "Has Obama Created a Social Security 'Death Panel'?"

The article's co-authors Nancy Altman and Eric Kingson, now co-directors of the group Social Security Works, point to the clear interest among some commission members in rolling back Social Security.

"We're going to mess with Medicare, Medicaid and Social Security because if you take those off the table, you can't get there," commission co-chair Erskine Bowles, former Clinton White House chief of staff, said in a March speech. "If we don't make those choices, America is going to be a second-rate power and I don't mean in 50 years. I mean in my lifetime."

Altman and Kingson also point out that if the Treasury were to repay the billions it has borrowed from Social Security, the program would pay out the full benefits owed for more than another 25 years.

"So what is the rush?" they write, blasting Congress for giving the commission so much deference. "What is the need for such an unaccountable, fast-tracked process when one has never been needed before?"

Liberal economists like the New York Times' Paul Krugman have accused deficit commission co-chair Alan Simpson, former Senate Republican whip, of perpetuating zombie lies when he warns that Social Security will be bankrupt in a matter of years.

Nevertheless, many contend entitlement programs, which make up the government's largest expenditure, need to be reformed.

"We're lying to ourselves and our children if we say we can maintain our current levels of entitlement spending, defense spending and taxation without bankrupting our country," Hoyer said today.

Concern over the deficit has, in fact, hamstrung debate in Congress over the budget, as well as extending unemployment benefits. Both Democrats and Republicans have expressed concern that within just 10 years, the debt could reach unsustainable levels, according to the Congressional Budget Office.

Hoyer today outlined the type of entitlement reforms the deficit commission could recommend.

"On the spending side, we could and should consider a higher retirement age, or one pegged to lifespan," he said, "more progressive Social Security and Medicare benefits; and a stronger safety net for the Americans who need it most."

In one such recording, the man behind the camera, Alex Lawson of Social Security Works, engaged in a testy exchange with Simpson, who raised the ire of the left even further with references to the "lesser people" who rely on Social Security. The video prompted the liberal grassroots group MoveOn.org to start an e-mail campaign asking for Simpson to step down from the commission.

The commission has all year to consider recommendations, and 14 of the commission's 18 members must agree to a proposal before it is included in the final package of recommendations Congress will vote on. Commission members say adjusting Social Security benefits is a likely point of consensus, the Washington Post reports.