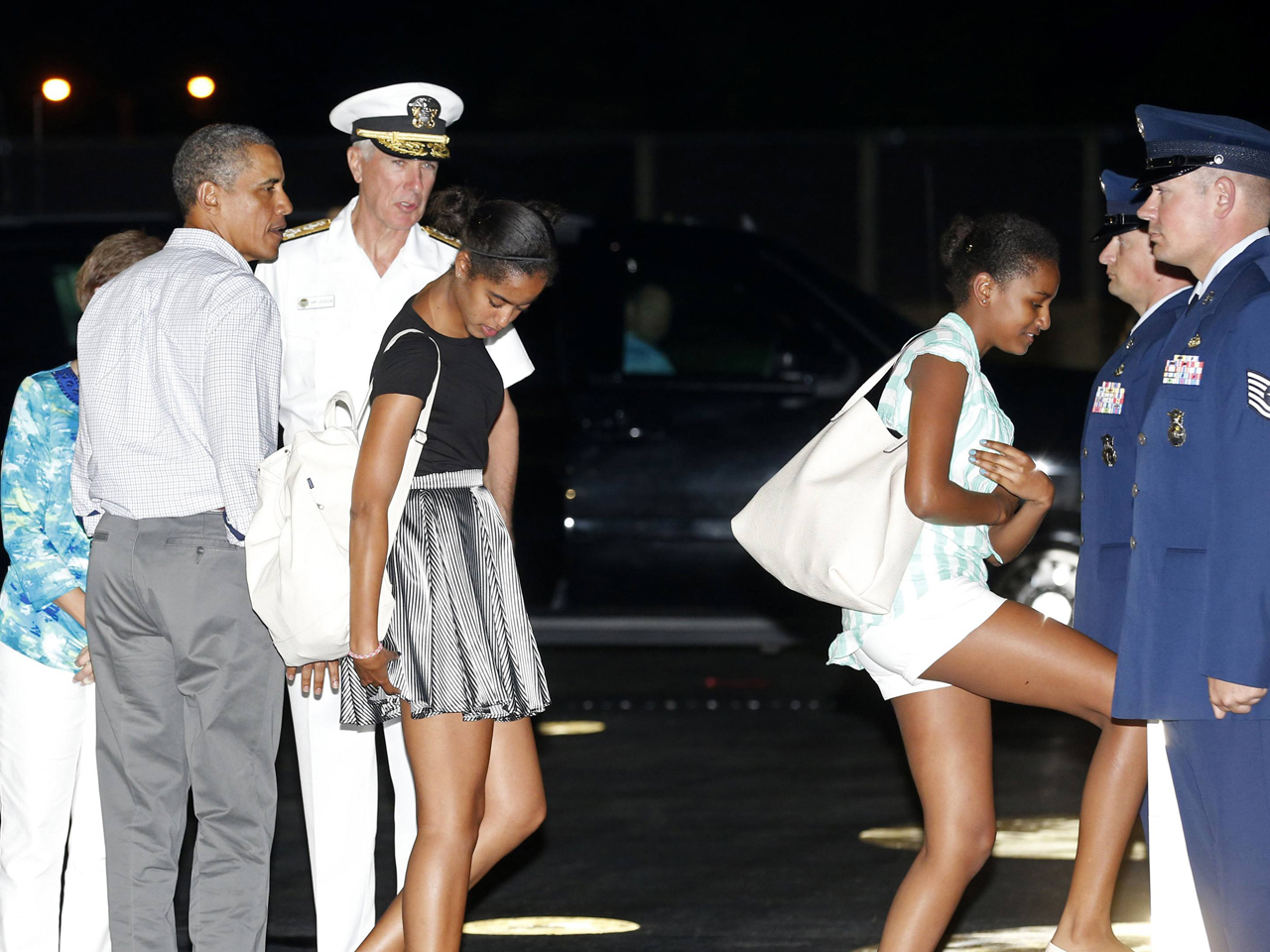 HONOLULU - President Barack Obama is going to give his wife the birthday present that many parents can only dream of - time off, alone, without the children.

The White House said on Saturday first lady Michelle Obama would stay in Hawaii, where the family has been on vacation for the last two weeks, rather than return home with her husband and their two girls.

"As part of her birthday gift from the president, the first lady will remain in Hawaii to spend time with friends ahead of her upcoming 50th birthday," a White House official said.

The president was leaving Honolulu late on Saturday after a vacation that was filled with several games of golf and dinners out. He and his children are scheduled to arrive in Washington on Sunday morning.

The Associated Press compiled a list of how President Obama spent his last day of vacation in Hawaii on Saturday:

- WEEKLY ADDRESS: Obama used his weekly radio and Internet address to urge Congress to reinstate job benefits for more than 1 million Americans. The president said failing to do so will cause the economy to slow.

A Senate proposal would extend the benefits for three months. Obama says he will sign it if it passes.

- HIKING: Obama and his wife went on a brief morning hike Saturday, visiting a popular trail near their Kailua vacation home that overlooks the ocean.

- GOLF: The president played one last round of golf at Marine Corps Base Hawaii, having hit the links frequently during his trip.

- DINNER: For their final dinner in Hawaii on this trip, the Obamas went to Buzz's Lanikai, a steakhouse and seafood restaurant across the street from Kailua Beach Park that has been a regular stop for the family on previous vacations.

- DEPARTURE WITHOUT MICHELLE: Obama and his daughters departed Honolulu on Saturday night to go back to Washington.