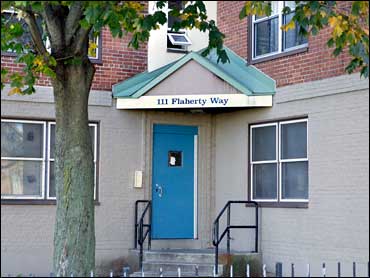 Democratic presidential nominee Barack Obama said Saturday he didn't know his aunt was living in the United States illegally and believes that laws covering the situation should be followed.

The Associated Press found that Obama's aunt had been instructed to leave the country four years ago by an immigration judge who rejected her request for asylum from her native Kenya. The woman, Zeituni Onyango (zay-TUHN on-YANG-oh), is living in public housing in Boston and is the half-sister of Obama's late father.

A statement given to the AP by Obama's campaign said, "Senator Obama has no knowledge of her status but obviously believes that any and all appropriate laws be followed." Traveling with Obama in Nevada, campaign strategist David Axelrod declined to elaborate on the statement, but said: "I think people are suspicious about stories that surface in the last 72 hours of a national campaign."

An adviser to Republican John McCain's campaign, Mark Salter, said he had no comment on the reports about Obama's relative. "It's a family matter," Salter said.

The campaign said it was returning $260 that Onyango had contributed in small increments to Obama's presidential bid over several months. Federal election law prohibits foreigners from making political donations. Onyango listed her employer as the Boston Housing Authority and last gave $5 on Sept. 19.

Onyango, 56, is part of Obama's large paternal family, with many related to him by blood whom he never knew growing up.

Obama's father, Barack Obama Sr., left the future presidential nominee when the boy was 2, and they reunited only once — for a monthlong visit when Obama was 10. The elder Obama lived most of his life in Kenya, where he fathered seven other children with three other wives. He died in a car crash in 1982.

Obama was raised for the most part by his mother and her parents in Hawaii. He first met his father's side of the family when he traveled to Africa 20 years ago. He referred to Onyango as "Auntie Zeituni" when describing the trip in his memoir, saying she was "a proud woman."

Obama's campaign said he had seen her a few times since that meeting, beginning with a return trip to Kenya with his future wife, Michelle, in 1992. Onyango visited the family in Chicago on a tourist visa at Obama's invitation about nine years ago, the campaign said, stopping to visit friends on the East Coast before returning to Kenya.

She attended Obama's swearing-in to the U.S. Senate in 2004, but campaign officials said Obama provided no assistance in getting her a tourist visa and doesn't know the details of her stay. The campaign said he last heard from her about two years ago when she called saying she was in Boston, but he did not see her there.

Onyango's refusal to leave the country would represent an administrative, noncriminal violation of immigration law, meaning such cases are handled outside the criminal court system. Estimates vary, but many experts believe there are more than 10 million such immigrants in the U.S.

The AP could not immediately reach Onyango for comment. When a reporter went to her home Friday night, no one answered the door. A neighbor said she was often not home on weekends. Onyango did not immediately return telephone and written messages left at her home.

Onyango was instructed to leave the country by a U.S. immigration judge who denied her asylum request, a person familiar with the matter told the AP. This person spoke on condition of anonymity because no one was authorized to discuss Onyango's case.

It was unclear why her request was rejected in 2004. A spokeswoman for U.S. Immigration and Customs Enforcement, Kelly Nantel, said the government does not comment on an individual's citizenship status or immigration case.

Information about the deportation case was disclosed and confirmed by two separate sources, one a federal law enforcement official. The information they made available is known to officials in the federal government, but the AP could not establish whether anyone at a political level in the Bush administration or in the McCain campaign had been involved in its release.

Onyango's case — coming to light just days before the presidential election — led to an unusual nationwide directive within Immigrations and Customs Enforcement requiring that any deportations before Tuesday's election be approved at least at the level of the agency's regional directors, the U.S. law enforcement official told the AP.

The directive suggests that the administration is sensitive to the political implications of Onyango's case coming to light so close to the election.

The East African nation has been fractured by violence in recent years, including a period of two months of bloodshed after December 2007 that killed 1,500 people.

In Boston, Lydia Agro, communications director for the Housing Authority, said Onyango had been screened and approved for public housing as an "eligible non-citizen" when she moved in in 2003. She said the authority is not notified of deportation orders and did not know Onyango was related to Obama until two days ago.