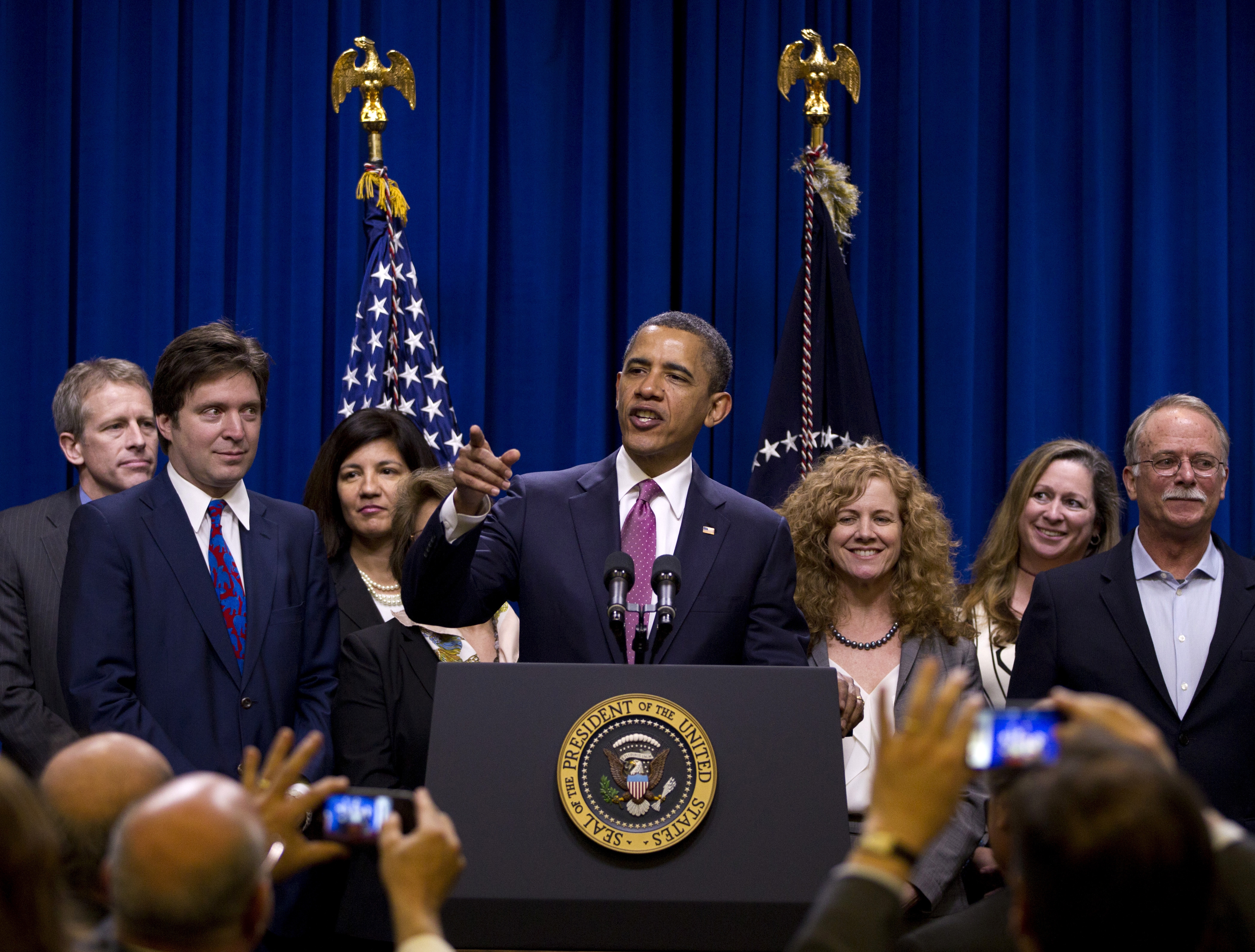 (CBS News) Opposed to the "Buffett Rule"? What about the "Reagan Rule"?

Facing sharp opposition to his proposal to level the tax playing field, President Obama changed rhetorical tactics Wednesday and said that his so-called "Buffet Rule" on taxes could be renamed the "Reagan Rule" since the Republican icon supported the basic concept -- which he called America's fair share plan.

"It's time for Congress to stand up for the middle class and make our system fairer by passing the Buffett rule," Mr. Obama said from the Eisenhower Executive Office Building next to the White House as he pushed a proposal to ensure the wealthiest Americans don't pay a lower tax rate than middle class Americans.

He stood flanked by millionaires and their secretaries -- essential stand-ins for billionaire investor Warren Buffett, who has complained that his secretary pays a higher tax rate than he does -- to continue his push for the policy, which would compel wealthy Americans to pay at least a 30 percent tax rate. The Senate plans to vote on a version of the proposal next week.

"Some years ago, one of my predecessors traveled across the country pushing for the same concept," Mr. Obama said. This president gave another speech where he said it was 'crazy' -- that's a quote -- that certain tax loopholes make it possible for multi-millionaires to pay nothing while a bus driver was paying 10 percent of his salary."

"And if it'll help convince folks in Congress to make the right choice, we could call it the Reagan rule instead of the Buffett rule," he said. The president joked that Reagan's position on the issue "might disqualify him from the Republican primaries these days."

Not everyone would agree that Reagan would be on board with the Buffett rule -- the conservative Washington Examiner's Philip Klein argues Reagan's "fair share plan" was about simplifying the tax code while the Buffet rule adds more complexity to it.

Still, Reagan did stress "fairness" in the economy -- a concept Mr. Obama has seized on and that Republicans have largely cast as "class warfare." Republican National Committee Chairman Reince Priebus on Tuesday slammed the president for "campaigning on fear, division and class warfare," charging that the Buffett rule amounted to a "gimmick."

Mr. Obama said today that the rule is "not simply an issue of redistributing wealth."

White House officials this week conceded the Buffett Rule would only produce $47 billion over ten years in additional tax revenue for the government, CBS News White House correspondent Mark Knoller reported. That amounts to just 0.6 percent of the $7 trillion in spending projected for that period. Still, a White House official called that a "meaningful amount of money" that more importantly addresses "a basic principle of tax fairness."