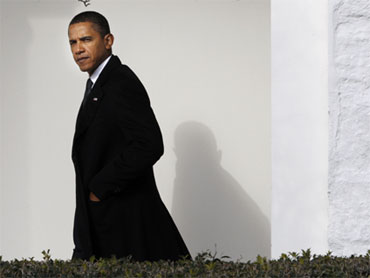 The Obama administration plans to ask Congress for an additional $33 billion to fight unpopular wars in Afghanistan and Iraq, on top of a record request for $708 billion for the Defense Department next year, The Associated Press has learned.

The administration also plans to tell Congress next month that its central military objectives for the next four years will include winning the current wars while preventing new ones and that its core missions will include both counterinsurgency and counterterrorism operations.

Mr. Obama's request comes as U.S. casualties in Afghanistan climb to at least 12 for 2010. The international military force in Kabul announced the death of two American troops on Wednesday, saying they were killed by an improvised explosive device in eastern Afghanistan. No further details were provided.

The administration's Quadrennial Defense Review, the main articulation of U.S. military doctrine, is due to Congress on Feb. 1. Top military commanders were briefed on the document at the Pentagon on Monday and Tuesday. They also received a preview of the administration's budget plans through 2015.

The four-year review outlines six key mission areas and spells out capabilities and goals the Pentagon wants to develop. The pilotless drones used for surveillance and attack missions in Afghanistan and Pakistan are a priority, with a goal of speeding up the purchase of new Reaper drones and expansion of Predator and Reaper drone flights through 2013.

The extra $33 billion in 2010 would mostly go toward the expansion of the war in Afghanistan. Obama ordered an extra 30,000 troops for that war as part of an overhaul of the war strategy late last year.

The request for that additional funding will be sent to Congress at the same time as the record spending request for next year, making war funding an especially difficult pill for some of Obama's Democratic allies.

Military officials have suggested that the 2011 request would top $700 billion for the first time, but the precise figure has not been made public.

U.S. officials outlined the coming requests on condition of anonymity because the budget request will not be sent to Congress until later this month.

Obama's request for more war spending is likely to receive support on Capitol Hill, where Republicans will join moderate Democrats to pass the bill.

But the budget debate is also likely to expose a widening rift between Obama's administration - it sees more troops and money as necessary to winning the war - and Democratic leaders, who have watched public opinion turn against the military campaign.

"The president's going to have to make his case," House Speaker Nancy Pelosi, D-Calif., told reporters last month at her year-end briefing.

The 2010 budget contains about $128 billion for military operations in Iraq and Afghanistan.

That figure would rise to $159 billion next year under the proposals prepared for Congress.

The Pentagon projects that war funding would drop sharply in 2012, to $50 billion, and remain there through 2015. That is a calculation that the United States will save money from the withdrawal of forces in Iraq, as well as a prediction that the Afghanistan war will begin to wind down in the middle of 2011.

Obama has promised that U.S. forces will begin to withdraw from Afghanistan in July 2011, but his defense advisers have set no time limit for the war.

Defense Secretary Robert Gates and Adm. Mike Mullen, chairman of the Joint Chiefs of Staff, are expected to testify to Congress about the budget and the policy review in February.

The four-year policy statement is a more important statement of administration goals. For the current wars, the policy statement focuses on efforts to refocus money and talent on beefing up special operations forces, countering weapons of mass destruction and terrorism threats and on cyber security and warfare.

For example, the Pentagon would like to expand special operations forces' aviation by expanding the gunship fleet from 25 to 33.