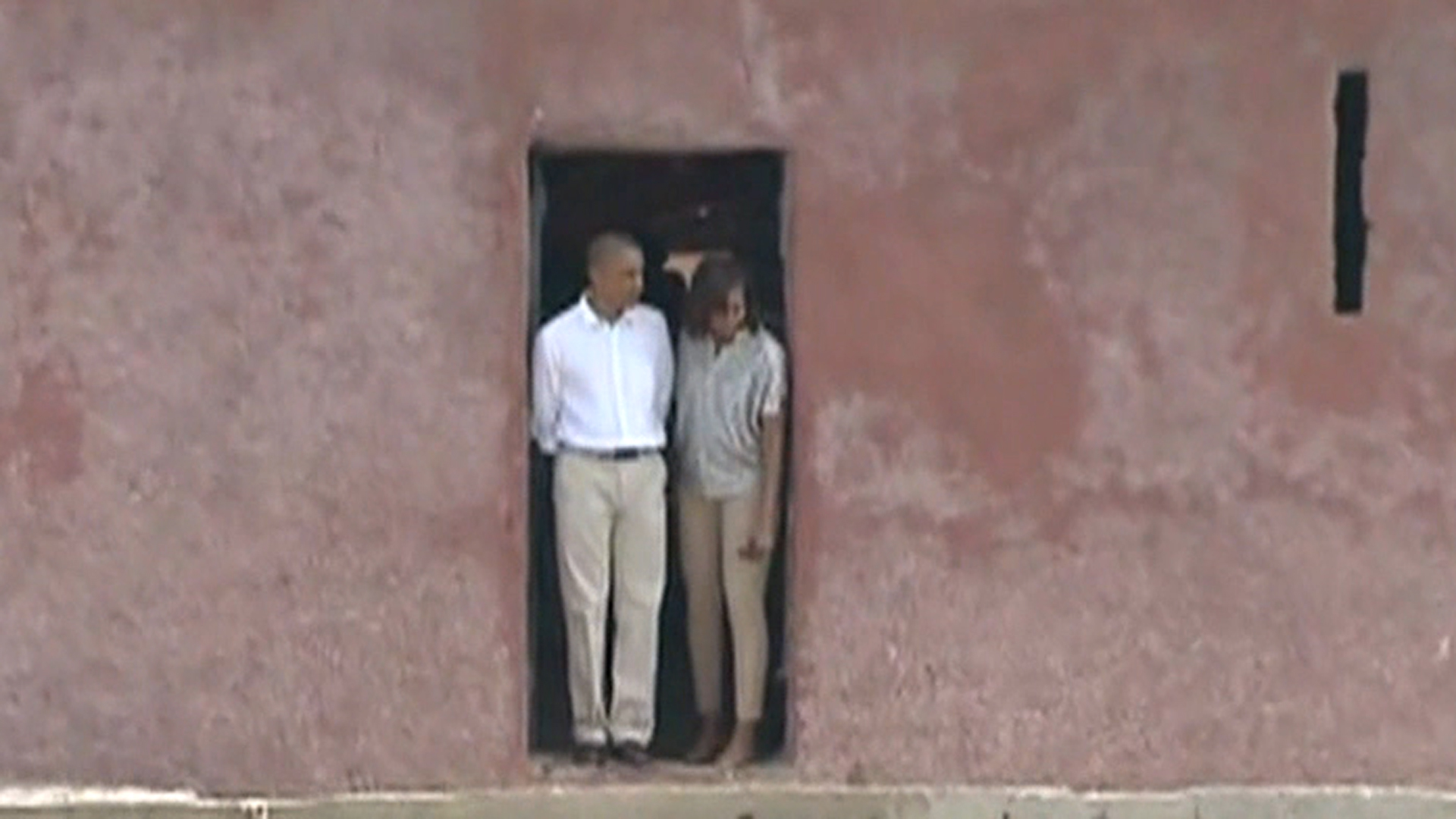 (CBS News) President Obama is in Africa this week, and his stop in Senegal brought him to Goree Island, a historical site known for housing millions of African slaves.

Three American presidents have ferried out to Goree Island, situated off the coast of Dakar. The island serves as a reminder of the horrors of the African slave trade - Senagalese curators say millions of slaves passed through the island en route to Caribbean Islands and America.

CBS News' Major Garrett reports that slave historians contend the number is actually closer to the low thousands and that Goree Island is a scam, masquerading as history.

Historians claim the slave house was too small to handle the supposed millions of slaves and add that they would have died after being packed - as the legend of Goree Island goes - 20 at a time into one cramped holding cell.

Despite the disputed history surrounding the site, its draw remains strong. Mr. Obama walked through the slave house, down the stone corridor leading to the so-called "door of no return." Mr. Obama peered through the door, inviting first lady Michelle Obama and their daughter Malia to join him in examining the holding cells and courtyard.

After his visit on Thursday, Mr. Obama touched on the personal and professional significance of the trip as the first African-American U.S. president and called his tour "very powerful."

Mr. Obama followed in the footsteps of Presidents George W. Bush and Clinton, who also made the pilgrimage to Goree Island. Nelson Mandela and Pope John Paul II are among the world leaders to visit the site. The high-profile visits defy the historians and skeptics and cement and the role of Goree Island as a powerful - if illegitimate - symbol of slavery's barbarism.