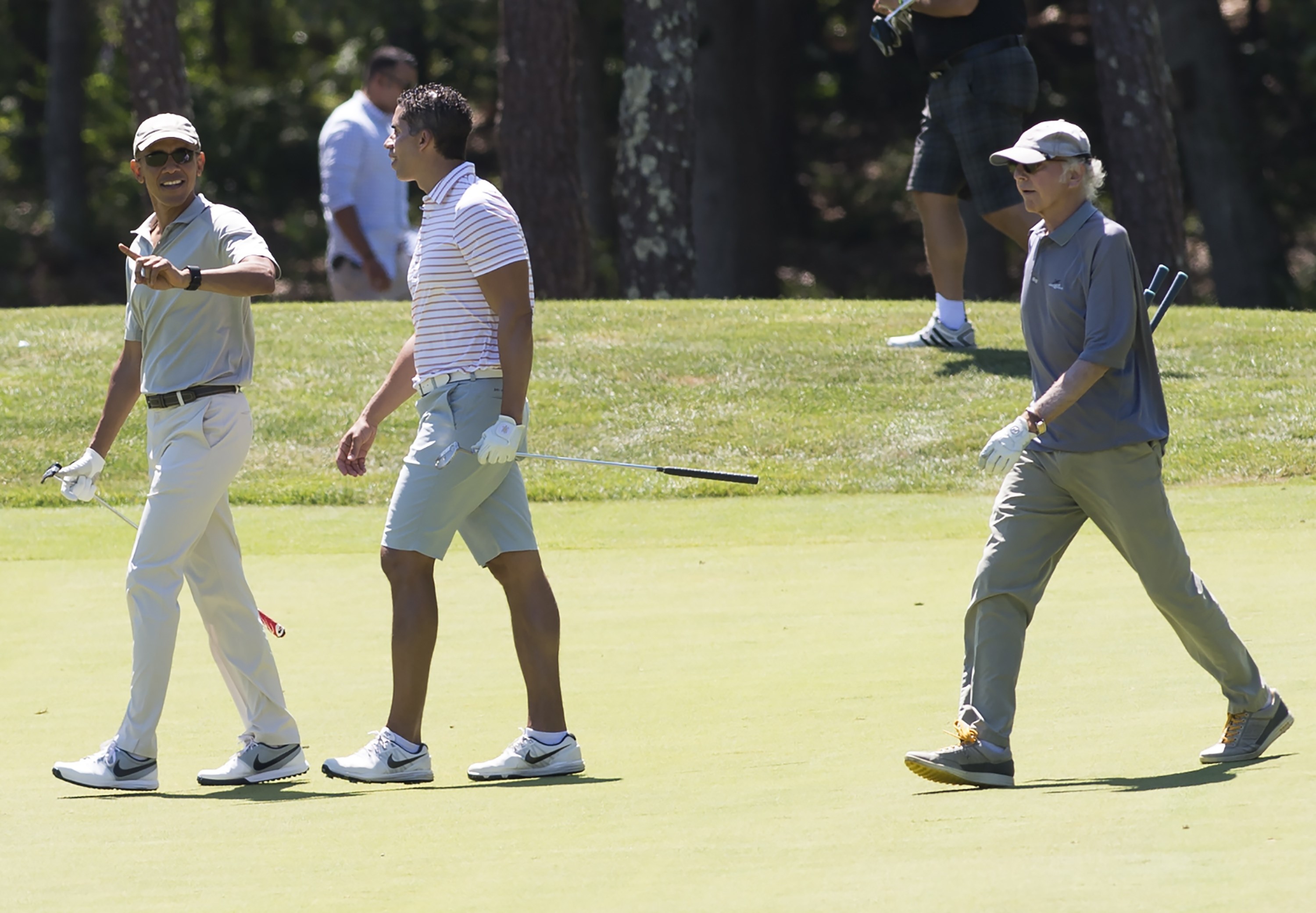 EDGARTOWN, Mass. -- The first family touched ‎down in Martha's Vineyard Friday evening for a two-week vacation, and by Saturday afternoon, President Obama was on the golf course.

The president, wearing light pants and a golf shirt, leaned back on one leg as if to will his putt into the first hole. The putt narrowly missed, and Mr. Obama picked up his ball.

David was seen hitting from a sand bunker on number one.

The White House rarely allows cameras to record the president playing golf.‎ A CBS News camera captured onlookers assembled on the course to get a glimpse of the president.

This is the sixth time Mr. Obama and his family have vacationed on Martha's Vineyard since he took office. The island was also a vacation destination for President Clinton.‎