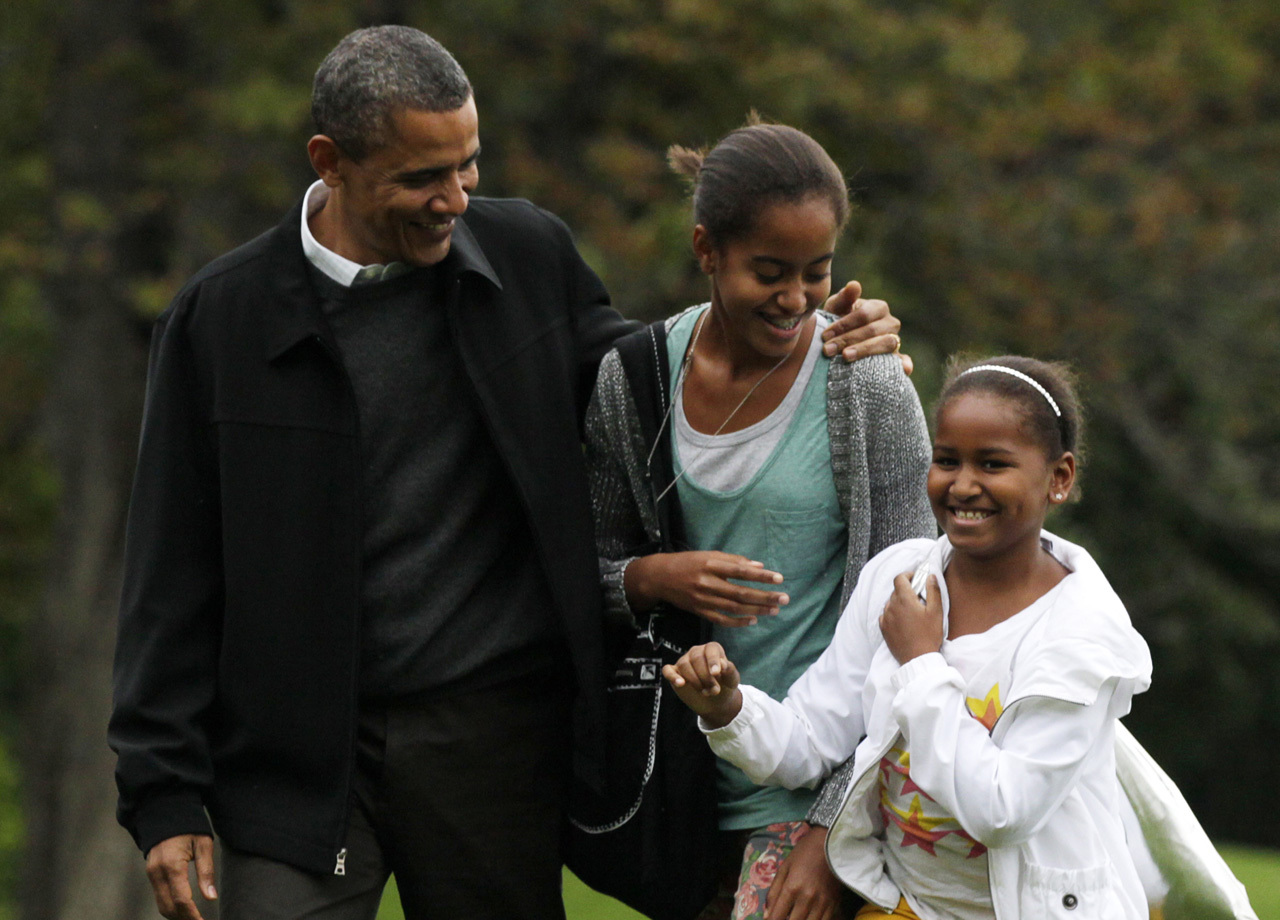 WASHINGTON — President Barack Obama says kids need quality time, structure and unconditional love from their parents, calling being a dad sometimes his hardest job — but also the most rewarding.

Just ahead of Father's Day, the president devoted his regular Saturday radio and Internet address to fatherhood, talking about growing up without a dad, his own failings as a father and the values he hopes to teach his daughters Malia, 12, and Sasha, 10.

He described the responsibilities that all fathers have to their children and said his administration is trying to help during tough economic times and long deployments for U.S. troops.

The president spoke of helping to coach Sasha's basketball team. "In the end, that's what being a parent is all about — those precious moments with our children that fill us with pride and excitement for their future; the chances we have to set an example or offer a piece of advice; the opportunities to just be there and show them that we love them," he said.

Mr. Obama, who was raised largely by his grandparents in Hawaii after his father left when he was very young, also talked about what he wishes he'd done differently.

"I felt his absence. And I wonder what my life would have been like had he been a greater presence," the president said.

"That's why I've tried so hard to be a good dad for my own children. I haven't always succeeded, of course — in the past, my job has kept me away from home more often than I liked, and the burden of raising two young girls would sometimes fall too heavily on Michelle."

The president said he's learned that what children need most is their parents' time and a structure that instills self-discipline and responsibility, noting that even in the White House Malia and Sasha do their chores and walk the dog. "And above all, children need our unconditional love," the president said, "whether they succeed or make mistakes; when life is easy and when life is tough."

Republicans used their weekly address to call for progress on pacts to expand trade with South Korea, Panama and Colombia. The Obama administration wants the pacts but recently threatened to hold up final passage unless lawmakers agree to expand retraining assistance for American workers who lose their jobs because of foreign competition. Republicans say that issue should be addressed separately by the president.

"For the good of our economy — and our country — he needs to send these free (trade) agreements to the U.S. Senate for approval now, so that U.S. workers and businesses can begin to realize their benefits," said Sen. John Hoeven, R-N.D., in the GOP address.

"Our country needs the kind of pro-jobs, pro-growth policies that will help us live up to our vision of a strong, peaceful, prosperous America," Hoeven said. "We have an opportunity right now to advance that vision and jumpstart the nation's economy. Robust international trade can help us do it, and we can start by ratifying long-pending free-trade agreements with South Korea, Colombia, and Panama."