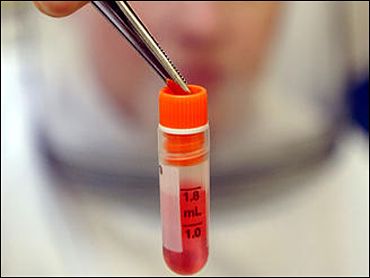 President Obama will announce that he is undoing the Bush administration ban on federal funding for embryonic stem cell research on Monday, White House sources confirm to CBS News.

Mr. Obama is expected to sign an executive order on the issue.

The long-expected move is likely to stir up not only the promise of scientific breakthrough but also the controversy over where government crosses a moral line.

Mr. Obama will hold an event at the White House to announce the move, a senior administration official told the Associated Press Friday. The official spoke on condition of anonymity because the policy had not yet been publicly announced.

Under President George W. Bush, federal money for research on human embryonic stems cells was limited to those stem cell lines that were created before Aug. 9, 2001. No federal dollars could be used on research with cell lines from embryos destroyed from that point forward.

Mr. Obama's move is expected to lift that restriction. The official said the aim of the policy is restore "scientific integrity" to the process.

Embryonic stem cells are master cells that can morph into any cell of the body. Scientists hope to harness them so they can create replacement tissues to treat a variety of diseases - such as new insulin-producing cells for diabetics or new nerve connections to restore movement after spinal injury.

Today supporters of embryonic research praised the president's decision, claiming that embryonic stem cells hold by far the most promise; they say the cells are leftover from fertility clinics and would be destroyed anyway, reports CBS News White House correspondent Chip Reid.

"We think it's hugely important to allow these embryos that would otherwise be thrown in dumpsters be used to help people who are suffering greatly," said Amy Rick of the Coalition for the Advancement of Medical Research.

Actor Michael J. Fox, who has Parkinson's, has been campaigning for embryonic stem cell research for years.

"We're not interested in being exhibitionists with our symptoms or asking for pity or anything else," he told Katie Couric in 2006. "We're just resolved to get moving with this science. It's been a long time."

"I feel vindicated after eight years of struggle, and I know it's going to energize my research team," said Dr. George Daley of the Harvard Stem Cell Institute and Children's Hospital of Boston, a leading stem cell researcher.

Such research is controversial because embryos must be destroyed to obtain the cells; they typically are culled from fertility-clinic leftovers otherwise destined to be thrown away. Once a group of stem cells is culled, it can be kept alive and propagating in lab dishes for years.

"There are different types of stem cells, and critics say the nation should pursue alternatives to embryonic ones such as adult stem cells, or those found floating in amniotic fluid or the placenta. But leading researchers consider embryonic stem cells the most flexible, and thus most promising, form - and say that science, not politics, should ultimately judge.

"Science works best and patients are served best by having all the tools at our disposal," Daley said.

Mr. Obama made it clear during the campaign he would overturn Bush's directive.

During the campaign, Obama said, "I strongly support expanding research on stem cells. I believe that the restrictions that President Bush has placed on funding of human embryonic stem cell research have handcuffed our scientists and hindered our ability to compete with other nations."

He said he would lift Bush's ban and "ensure that all research on stem cells is conducted ethically and with rigorous oversight."

"Patients and people who've been patient advocates are going to be really happy," said Amy Comstock Rick of the Coalition for the Advancement of Medical Research.

The ruling will bring one immediate change: As of Monday, scientists who've had to meticulously keep separate their federally funded research and their privately funded stem cell work - from buying separate microscopes to even setting up labs in different buildings - won't have that expensive hurdle anymore.

Next, scientists can start applying for research grants from the National Institutes of Health. The NIH already has begun writing guidelines for what embryonic stem cell lines will qualify under Obama's ruling. Among other things, the guidelines are expected to demand that the cells were derived with proper informed consent from the woman or couple who donated the original embryo.