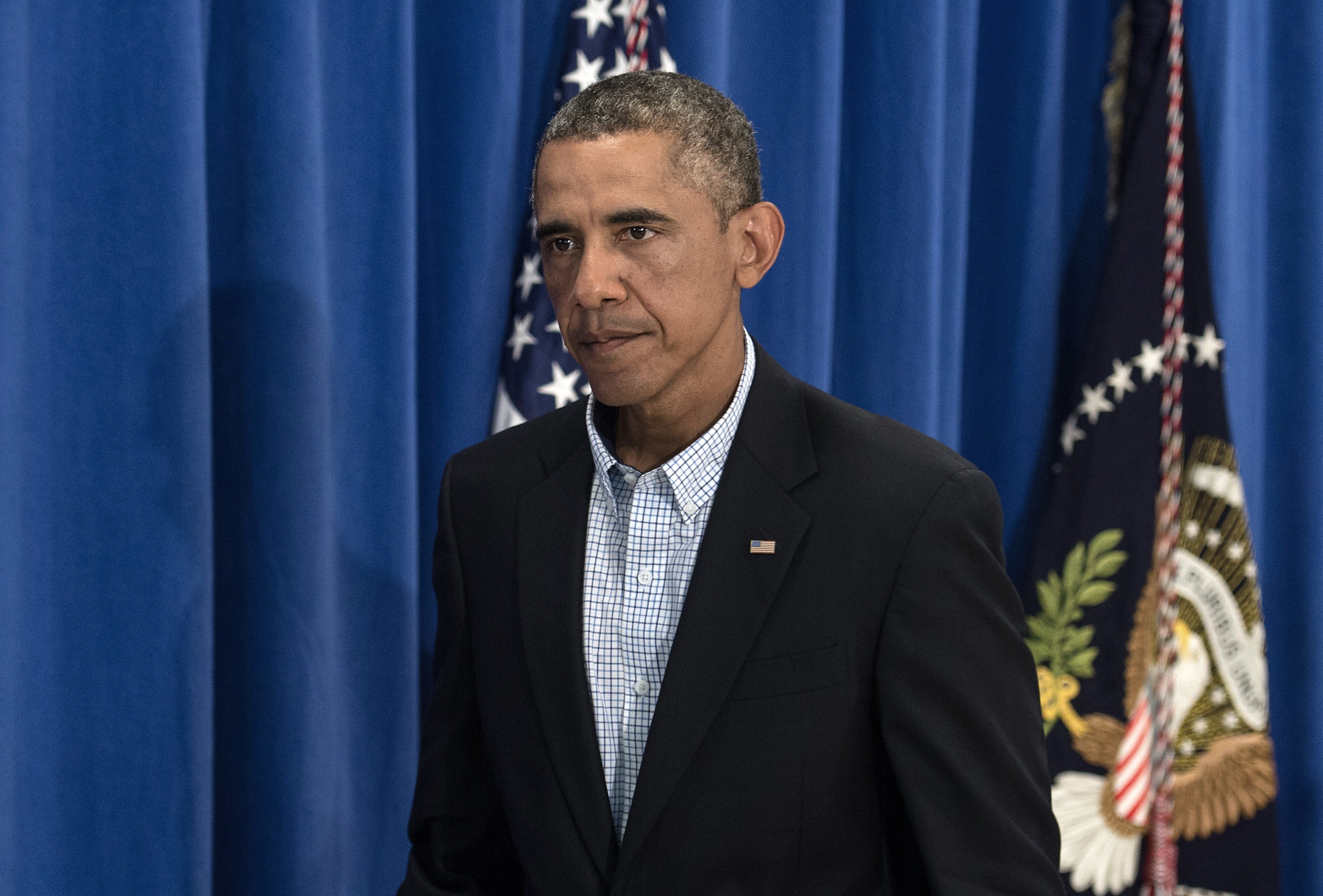 EDGARTOWN, Mass. -- President Barack Obama is getting off the island.

In a rare move for him, the president planned a break in the middle of his Martha's Vineyard vacation to return to Washington on Sunday night for meetings with Vice President Joe Biden and other advisers.

The White House has been cagey about why the president needs to be back in Washington for those discussions. But Sunday afternoon, they revealed at least two things on the agenda: Attorney General Eric Holder will brief the president on the latest developments in Ferguson, Mo., where there have been ongoing clashes between protesters and police over the shooting death of teenager Michael Brown, and he will receive an briefing from the National Security Council on the crisis in Iraq.

"The President has been getting regular briefings on the situation in Ferguson, including this morning by [senior adviser] Valerie Jarrett. Valerie spoke with Governor Nixon yesterday to get an update and offer the administration's continued coordination and support with state and local officials. Over past few days, Valerie has also been in touch with civil rights leaders, including Al Sharpton and NAACP President Cornell Brooks," White House spokesman Eric Schultz said Sunday.

Part of the decision appears aimed at countering criticism that Obama is spending two weeks on a resort island in the midst of so many foreign and domestic crises.

Yet those crises turned the first week of Obama's vacation into a working holiday. He made on-camera statements on U.S. military action in Iraq and the clashes between police and protesters in Ferguson, Missouri. He called foreign leaders to discuss the tensions between Ukraine and Russia, as well as between Israel and Hamas.

"I think it's fair to say there are, of course, ongoing complicated situations in the world, and that's why you've seen the president stay engaged," Schultz said.

Obama is scheduled to return to Martha's Vineyard on Tuesday and stay through next weekend.

Even though work has occupied much of Obama's first week on vacation, he still found plenty of time to golf, go to the beach with his family and go out to dinner on the island.

That get-together between the former rivals-turned-partners added another complicated dynamic to Obama's vacation. Just as Obama was arriving on Martha's Vineyard, an interview with the former secretary of state was published in which she levied some of her sharpest criticism of Obama's foreign policy.

Clinton later promised she and Obama would "hug it out" when they saw each other at Jordan's party. No reporters were allowed in, so it's not clear whether there was any hugging, but the White House said the president danced to nearly every song.