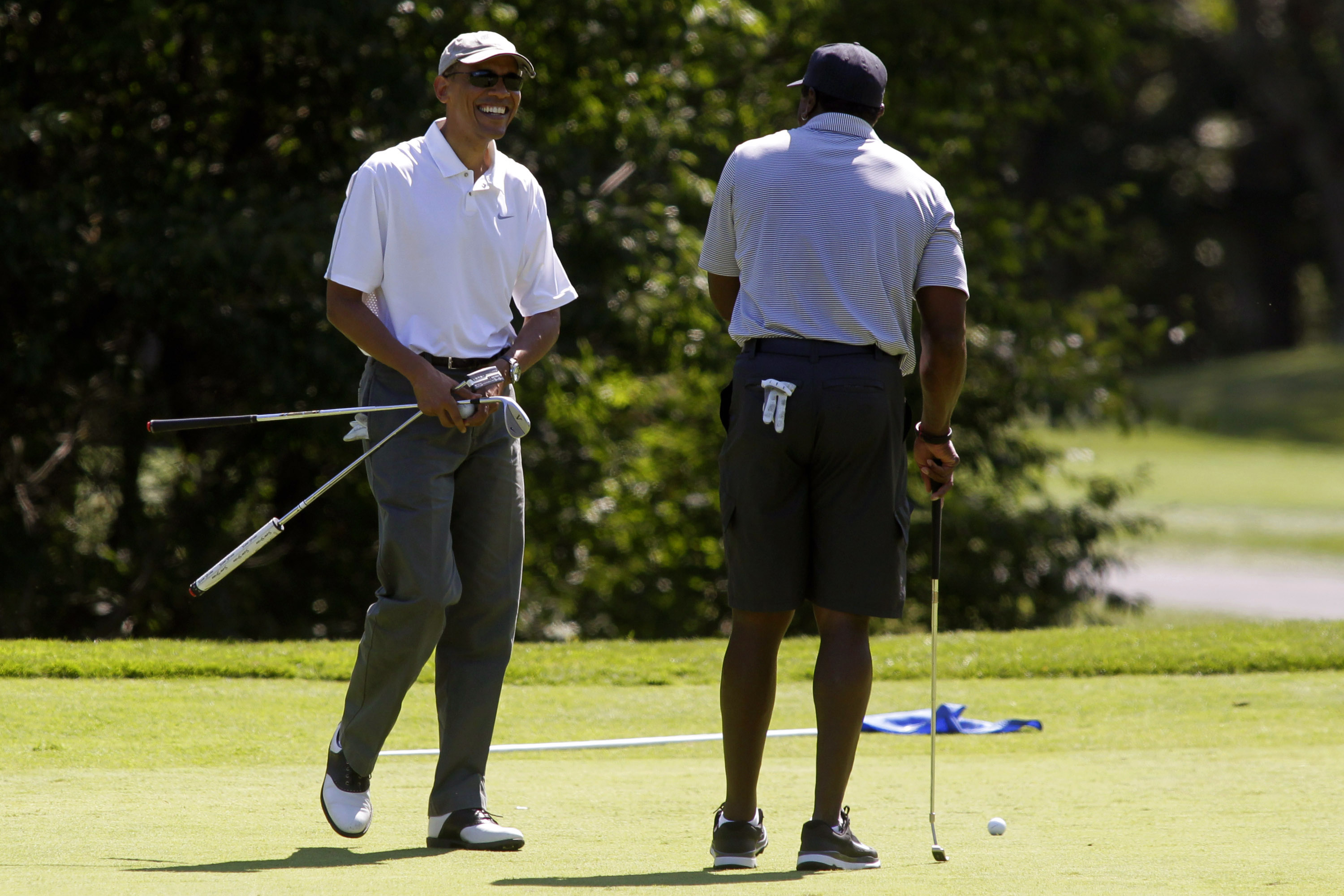 EDGARTOWN, Mass. -- President Barack Obama's summer vacation off the Massachusetts coast is about to end.

The president is due back at the White House late Sunday after spending two weeks with his family on the island of Martha's Vineyard.

What a break it turned out to be. His attempt at rest and relaxation was largely overtaken by events involving Islamic State militants in Iraq and Syria, including the videotaped execution of an American journalist they had been holding hostage, and the unrest in Ferguson, Missouri, following the fatal police shooting of an unarmed black man.

Obama broke from his vacation to deliver statements on Iraq, Missouri and journalist James Foley on four separate occasions, including one delivered during two days he spent back at the White House in the middle of the getaway. The unusual mid-vacation return to Washington had been scheduled before those issues came to dominate the news.

Still, in the midst of daily briefings on these matters and others, telephone consultations with nine world leaders and his other official responsibilities, Obama squeezed in nine rounds of golf on the island he has made his summer presidential retreat while shrugging off criticism about how he was spending the time away from Washington.

"Just because the president is in a different location doesn't mean he's not doing his job," White House spokesman Eric Schultz said.

Obama also ate dinner out a few times, danced at a birthday party for the wife of Washington powerbroker Vernon Jordan, treated first lady Michelle Obama to a jazz performance and took the family to a fireworks show near the home of senior adviser Valerie Jarrett, who also was vacationing on Martha's Vineyard.

Back at the White House, Obama will have to decide whether Foley's killing and the broader threat the Islamist State extremist group poses to U.S. interests in the region and elsewhere is reason enough to now seek to intervene militarily in Syria. He has resisted going that route for three years, even as the death toll in Syria's civil war approached 200,000, the government used chemical weapons against its people and the Islamic State group grew more powerful amid the chaos.

Foley's death prompted the president to deliver one of the more heated statements of his presidency in which he said the Islamic State of Iraq and Syria (ISIS) is promoting a "bankrupt" ideology and promised to continue to support Iraqi and Kurdish troops battling them on the ground.

Pressure to go after the Islamic State inside Syria is coming from Obama's own military leaders, as well as some of his critics in Congress. Obama also must weigh that thirst for forceful action against his aversion to the risks that could come with plunging the United States into a country that has been torn apart by an intractable internal conflict.

White House officials have suggested that airstrikes in Syria are an option, though the officials say specific military proposals have yet to be presented to the president.

Obama will be a rather scarce commodity at the White House in the coming weeks.

He plans to travel to Charlotte, North Carolina, on Tuesday to address the 96th national convention of the American Legion, before stops in New York and Rhode Island on Friday to raise money for Democratic candidates ahead of the November midterm elections.

Travel to Estonia followed by attendance at a NATO summit in Wales begins immediately after Labor Day. The trip is expected to focus on U.S. and European concerns over tensions between Russia and eastern Ukraine. Unrest in the region began after Russia annexed Ukraine's Black Sea peninsula of Crimea.