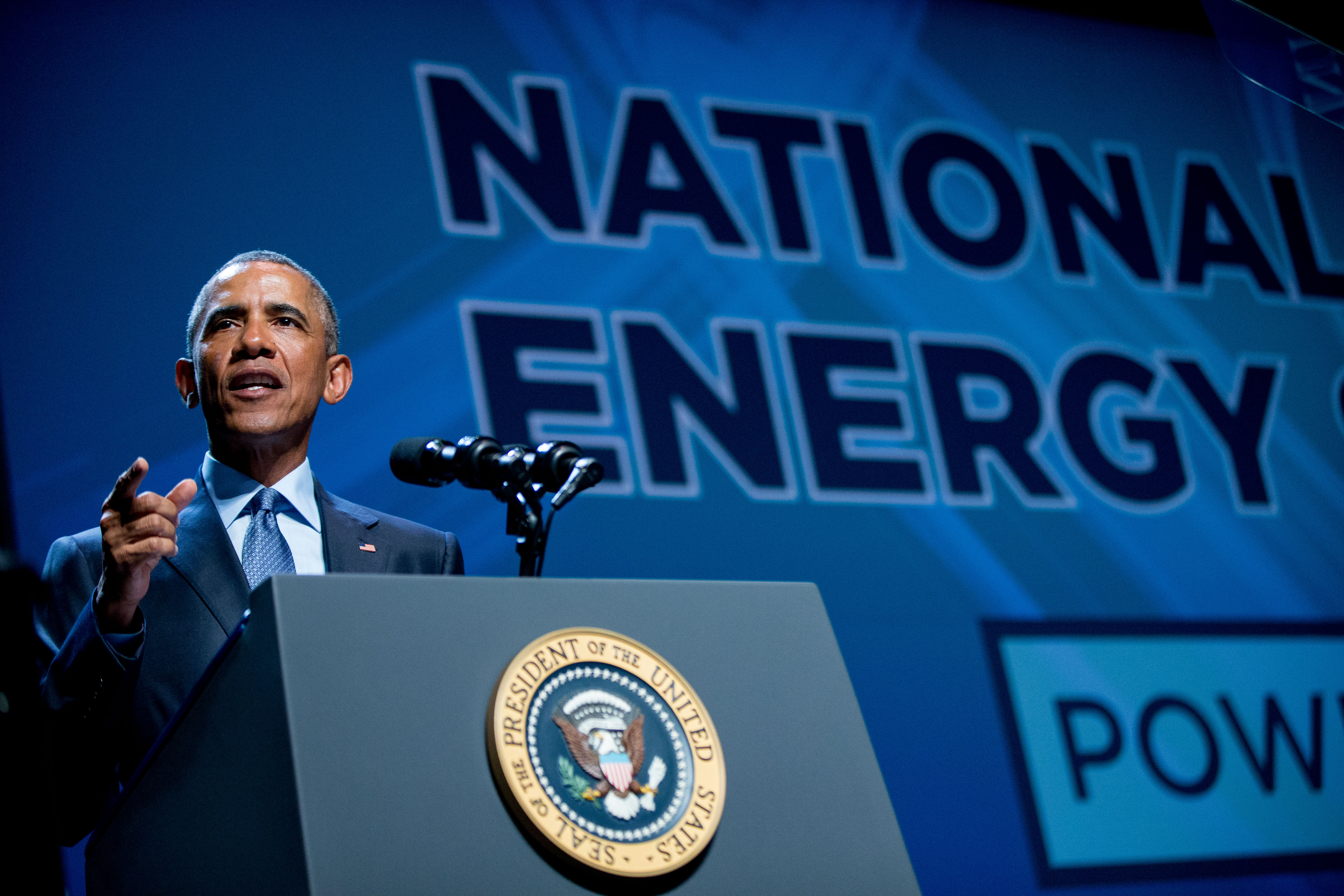 Making the case for continued investment -- from both the public and private sectors -- in renewable energy, President Obama on Monday highlighted the unusual coalition of tea party activists and environmentalists that supports solar power.

"It is rare the tea party and I are on the same side of an issue... I agree with them here," Mr. Obama said at the National Clean Energy Summit in Las Vegas.

In states like Florida, tea partiers and progressives are working together to reform laws to allow people and businesses to generate and sell their own solar power. That coalition, the president said, proves "this is not and should not be a Republican versus Democrat issue. This is about the past versus the future."

The president slammed the fossil fuel industry -- specifically calling out the Koch brothers -- for actively opposing regulations that would foster growth in the renewable energy sector.

"When you start seeing massive lobbying efforts backed by fossil fuel interests... or the Koch brothers... to prevent new clean energy businesses from succeeding, that's a problem," he said. "That's rent seeking and trying to protect old ways of doing business and standing in the way of the future... They're trying to undermine competition in the marketplace... and threaten an industry that's churning out new jobs at a fast pace."

Philip Ellender, Koch Industries' president of public affairs, responded in a statement that the company supports "all forms of energy" but believes they must "stand on their own merits."

"Koch has consistently lobbied for the repeal of taxpayer-funded subsidies and mandates," he said in a statement to CBS News. "Even though they may benefit us in the short-term, we will continue to fight these market-distorting policies and special deals, and we will continue to call them what they are - corporate welfare."

The president noted Monday that the United States is now producing three times as much wind power as it did in 2008 and that the wind industry supports more than 50,000 jobs. Meanwhile, the U.S. is producer 20 times as much solar power as it did in 2008. Last year, the solar industry added jobs 10 times faster than the rest of the economy, Mr. Obama noted, "while Congress was dragging its feet" over investments in the industry.

Mr. Obama touted the initiatives he's launched to train 75,000 veterans to work in the solar industry by 2020. "Now's not the time to pull back on those investments... to insist on massive cuts," he said. If anything, investing in renewables now makes economic as well as environmental sense, he argued.